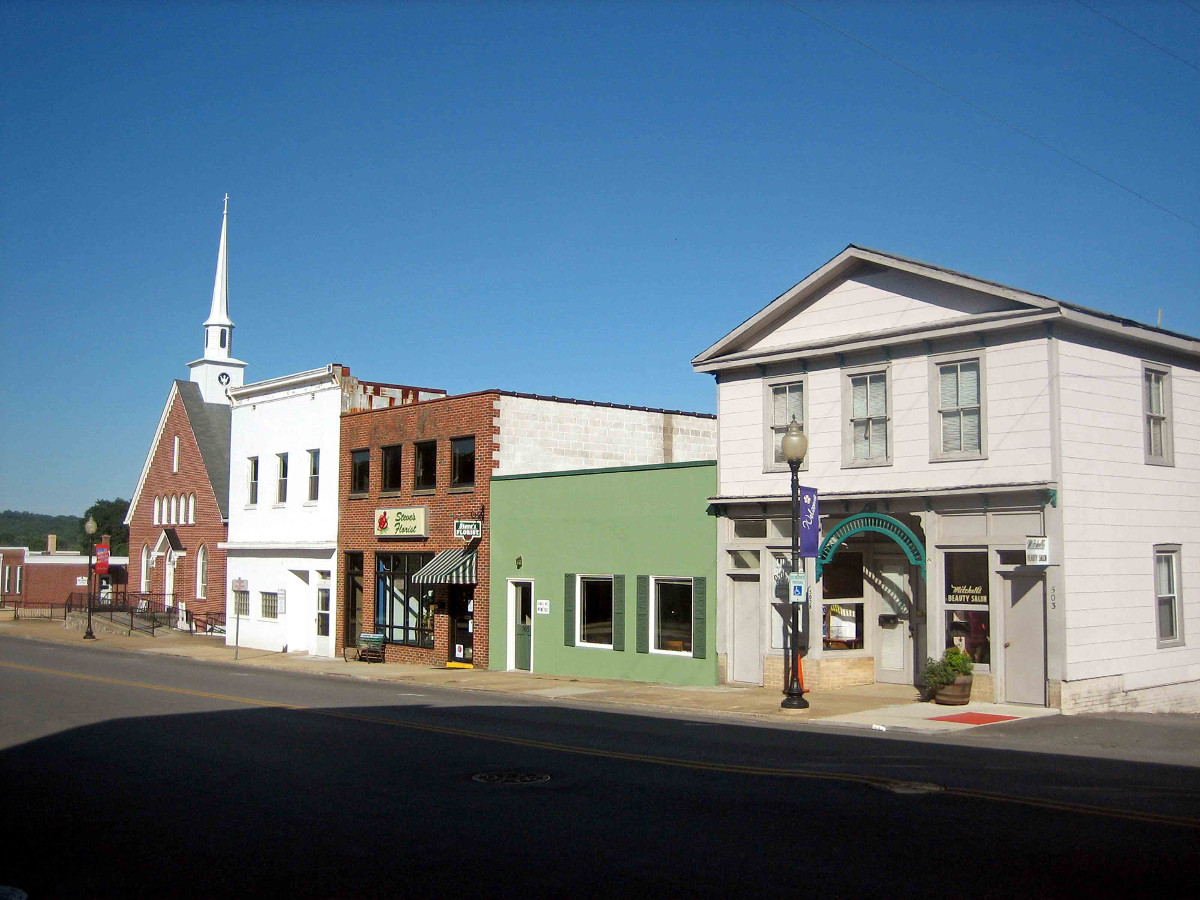 The Altavista Downtown Historic District encompasses the commercial core of this Campbell County town, chartered in 1912. Altavista arose soon after the regional Virginian Railway extended an east-west line to intersect with the Southern Railway, a major east coast line. Realizing the commercial opportunity posed by this rail junction, two brothers, John Edward Lane Jr. and Henry Lee Lane, then under contract to build the Virginian line, purchased 2,000 acres of surrounding farmland and established the Altavista Land and Improvement Company. The Lanes were instrumental in planning Altavista and investing in the construction of many of the town’s early buildings, such as the First National Bank. They also obtained the first charter for a post office and founded a cedar chest factory in town. The Altavista downtown district features a concentration of historic commercial, governmental, and religious buildings that reflect architectural styles representative of their respective periods from the early 20th century through to the 1960s.