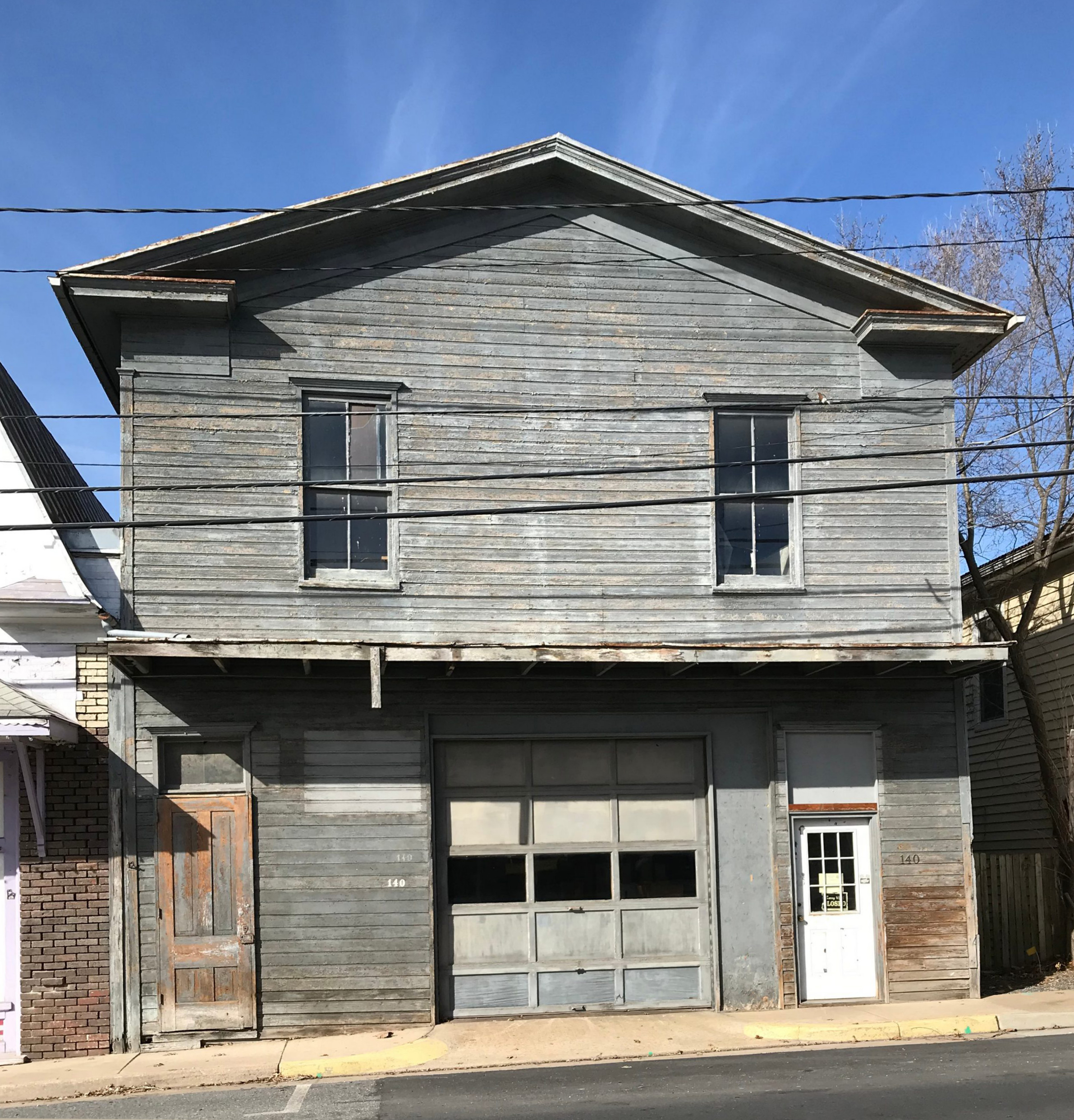 Deering Hall was the town hall for the town of Broadway in Rockingham County from around 1890, when constructed, until 1933, when the town leased it to the Broadway Motor Co. which then purchased it in 1940. The two-story building featured a first-floor commercial space and open second floor where town officials conducted government meetings. Its design and wood-frame construction conforms to other town halls erected elsewhere in Rockingham County and the Shenandoah Valley during the late 1800s and early 1900s. Built during a boom era made possible by the proliferation of railroads, the building stood at the center of Broadway between Main Street and the Baltimore & Ohio Railway. With easy access to the railroad behind the building for shipping and receiving goods and with a prominent facade fronting Main Street, the building housed a mercantile store originally on the first floor, where it sold fertilizer and William Deering & Co. farm goods and machinery, which likely explains how the building got its name. During its early decades, the second floor, in addition to providing space for town government, variously housed a public school, the Broadway Opera Company, a Masonic temple hall, a silent movie theater, and an auction hall. From 1940 to 1983 various owners used the building mostly for warehouse storage and, from 1983 until 2015, an automotive electric service occupied it.