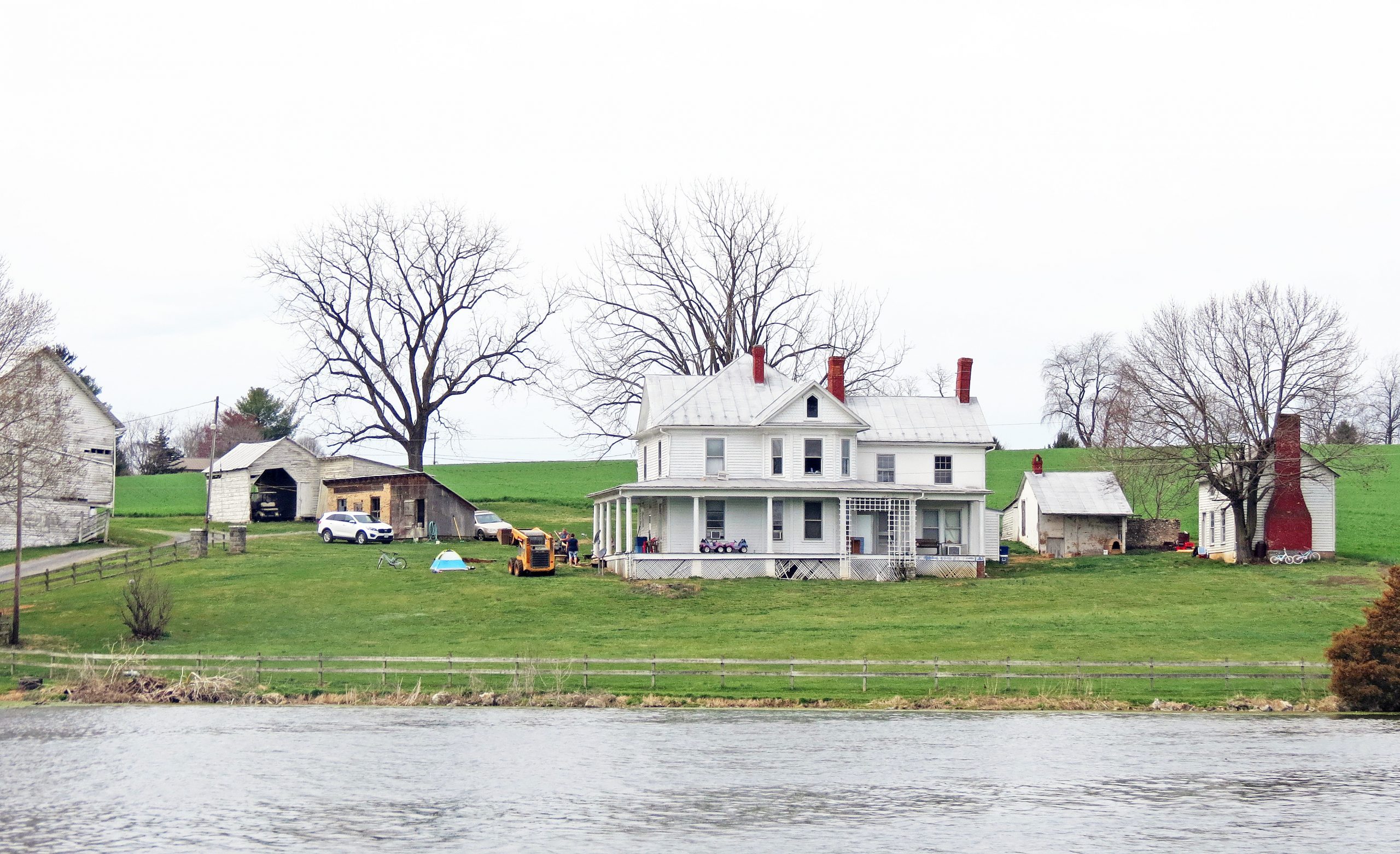 In Rockingham County, the Silver Lake Historic District centers on its namesake lake, a large mill pond created around 1822, after John L. Rife built a dam across a spring-fed creek for a spillway to power grist- and sawmills Rife also erected.  Woven into the Silver Lake district’s evolution as a milling site is the story of the area’s settlement by English and Scots-Irish during the 18th century, and German Baptist Brethren during the 19th, and a mix of local business leaders during the 20th century. Under Brethren ownership the mill district experienced and survived the trauma of the American Civil War, and today is listed on Virginia’s Civil War Trails. The 104-acre Silver Lake Historic District boasts five historically contributing houses built between circa 1820 and 1930. The present mill, built around 1870, is a three-story wooden frame structure with a large overshot waterwheel. The district’s other historic resources include three 19th-century bank barns, garages and sheds, and a springhouse, wash house, and root cellar. The mill closed in 1996 when then mill owner Rockingham Milling relocated to a newer facility.