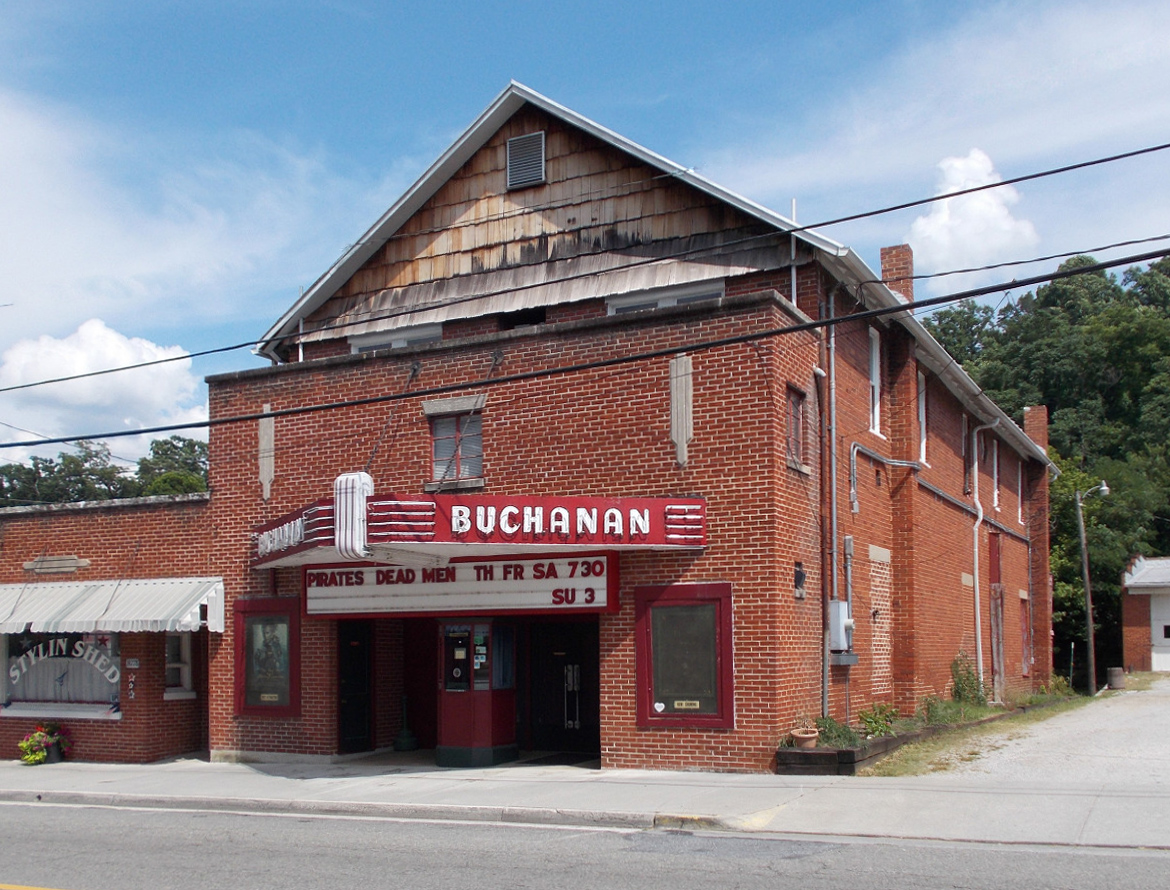 Since its construction around 1917, the Buchanan Theatre has served as a principal entertainment venue and social hub in the Botetourt County town of Buchanan. Originally known as the Star Theatre, the two-story gable-fronted building was built and operated by the Shank family. Jack and Homer Jackson purchased the building in 1946 and, in 1949, remodeled it in the Moderne style, adding a new brick facade, neon marquee, ticket booth, and restaurant wing. The interior, with its knotty-pine lobby, streamlined concession stand, and Art Deco seating dates to the remodeling and a subsequent, less extensive remodeling in the 1950s. During the 1950s and 1960s the theater occasionally hosted live acts including bluegrass entertainers such as the popular duo Donald Wesley Reno (1926-84) and Arthur Lee “Red” Smiley (1925-72). In 1999, new owners undertook renovations to the theater, and in 2001 a nonprofit formed to manage the venue, which updated to a digital projector in 2012. Having won a number of awards and hosted film festivals, the Buchanan Theatre remains a vibrant and contributing presence in the Buchanan Historic District, listed in the National Register in 1999.