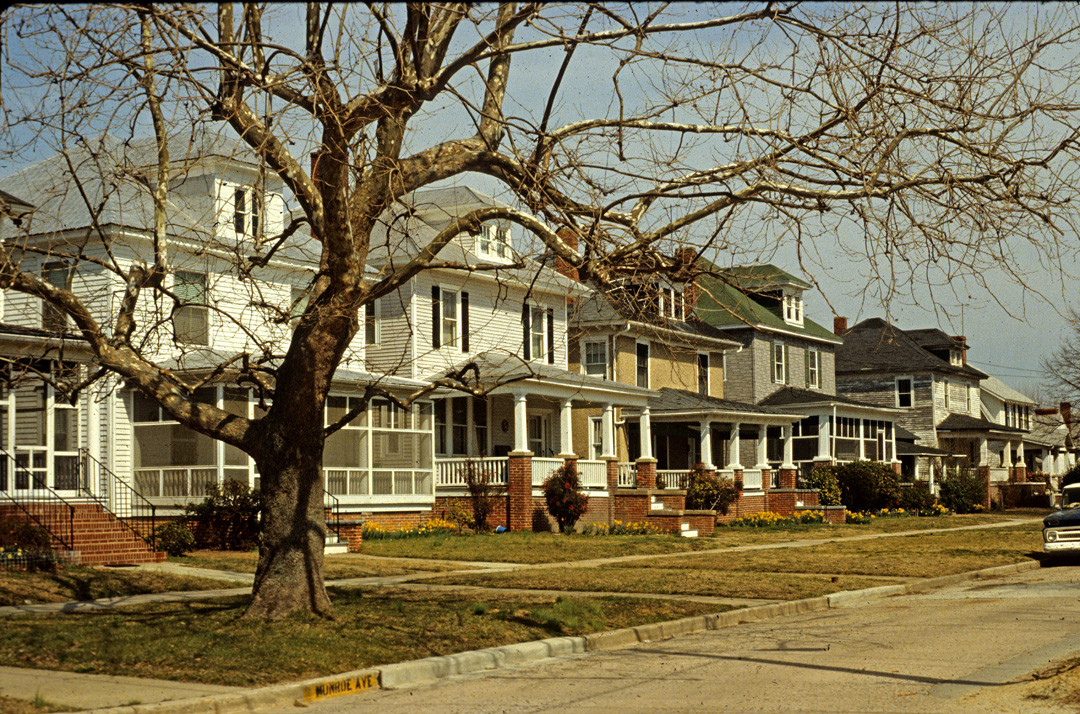 Cape Charles was laid out in 1883-1884 at the southern terminus of the New York, Philadelphia, and Norfolk Railroad. The town owes its existence to its harbor, which, following dredging, enabled the railroad company to transport loaded cars by barge across the Chesapeake Bay to Norfolk. The town developed quickly and became the largest community on Virginia’s Eastern Shore at the turn of the century. Its buildings were constructed on a twenty-seven-block grid dominated by a central park from which four landscaped streets extended. The remarkably intact architectural fabric ranges from small vernacular workers’ housing of the 1880s to early-20th-century architect-designed commercial, residential, and municipal buildings. The preservation of the town’s historic character was prompted by the cessation of freight and passenger ferries across the bay in the 1950s. Development was arrested and the town became frozen in time.

Additional documentation was submitted to the National Register in 2019 providing more current information about the district’s physical condition and history based on a recent comprehensive survey of the district and including new research into the district’s historical significance.
[NRHP Accepted: 4/23/2019]