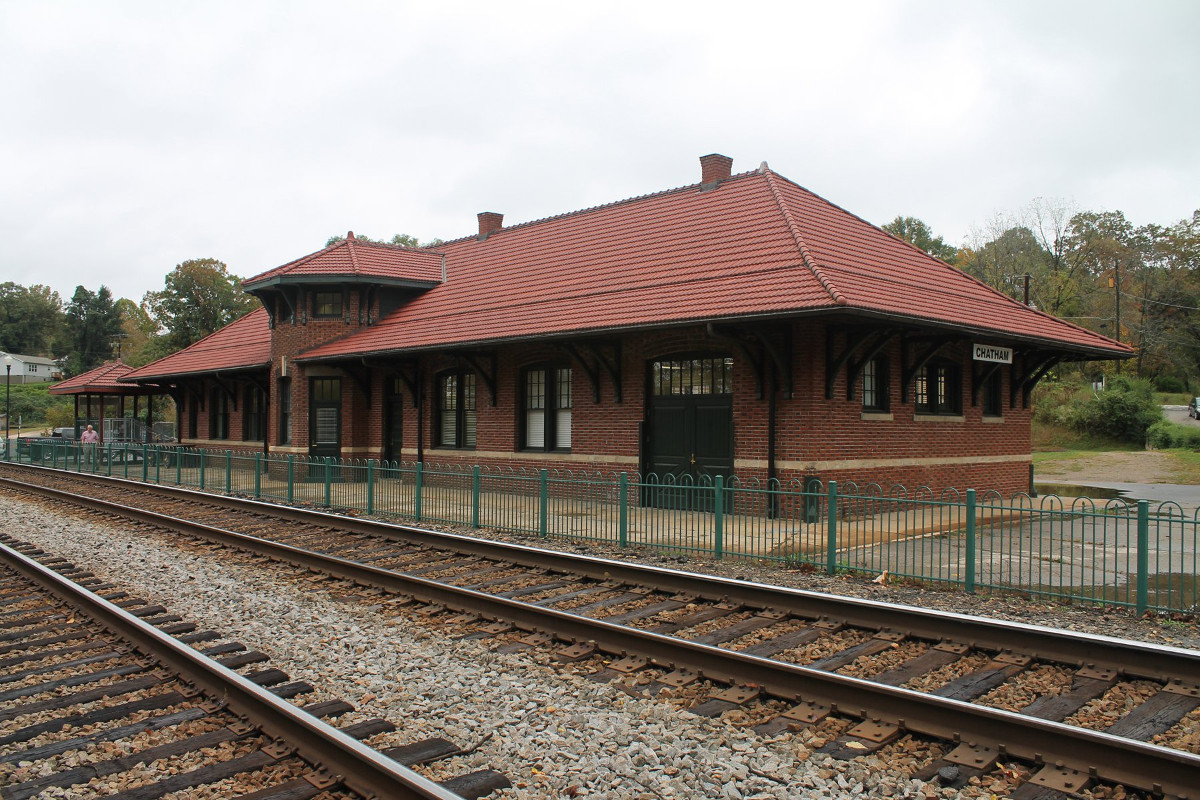 The Chatham Southern Railway Depot was erected between 1918 and 1919. The depot is a well-known landmark, owing in part to the importance of the railroad in the post-1850 history of the town and region. As the central transportation hub of Chatham and the surrounding area, the depot played a pivotal role in the area’s economic development through the 1950s. Local businesses relied heavily on the railroad as the volume of local production shipped out of the depot grew throughout the first half of the 20th century. The depot served passengers including businessmen, soldiers (particularly during World War II), and the boarding students and faculty of the girls school Chatham Hall, established in 1894, and the all-male Hargrave Military Academy, established in 1909. The depot is a strong example of the Railroad Style with Colonial Revival influence. After nearly a half century in service, the depot closed to passengers in 1965, although freight service continued until 1975 when the station was retired from railroad use altogether.