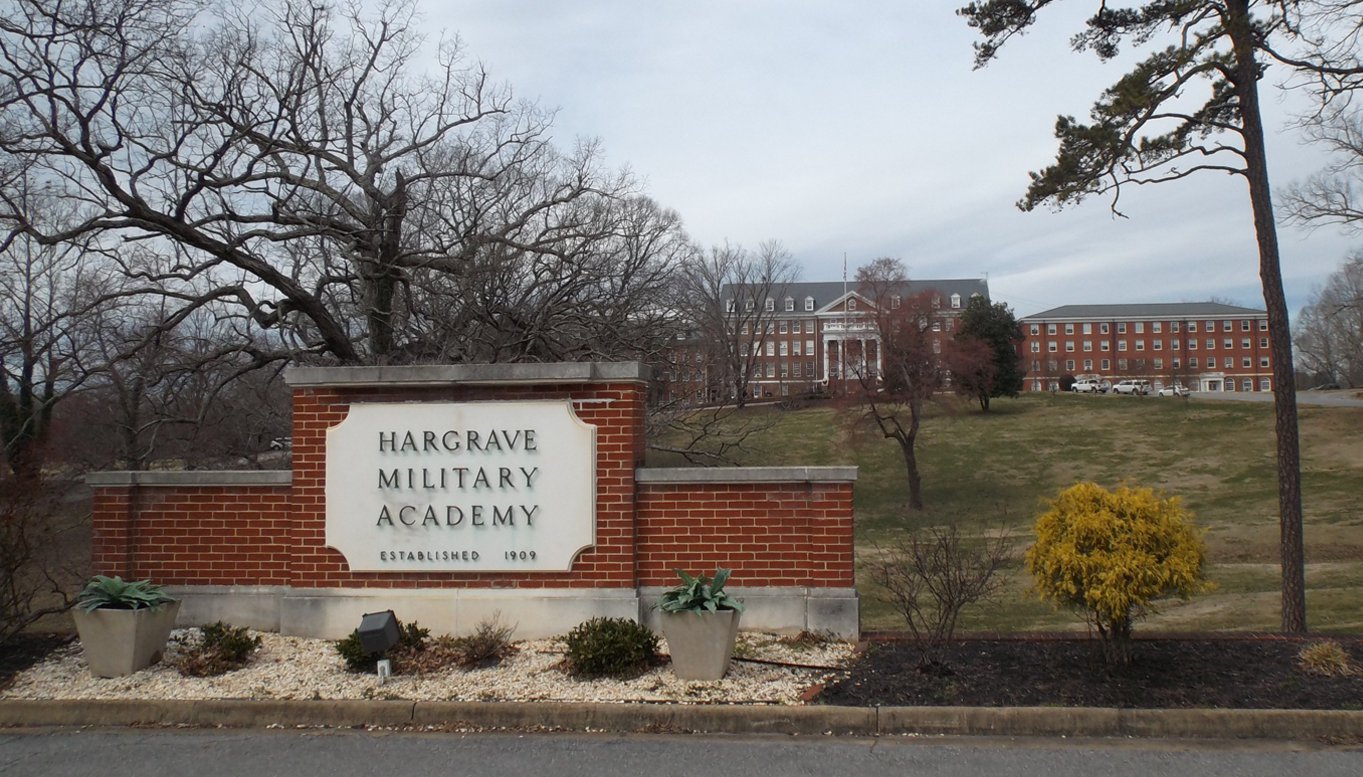 Located in Pittsylvania County’s town of Chatham and established in 1909 as the Chatham Training School, a prestigious private, males-only parochial school, Hargrave Military Academy evolved into a more comprehensive military-focused educational institution by the outset of World War I.  Hargrave is representative of the advent during the late 19th and early 20th centuries of private preparatory schools in Virginia as well as trends in military education through the 20th century. Its campus is distinguished by a noteworthy collection of early- to mid-20th- century Colonial Revival-style buildings designed by prominent Virginia architects including Stanhope S. Johnson and Nyal Lee Cline. Hargrave commissioned Johnson to design a series of new buildings after a fire in 1950 burned several early ones. The academy’s commitment to the Colonial Revival style throughout the 20th century resulted in an architecturally cohesive campus that ranges from the high-style, ornate representations of the early-20th-century movement to the stripped classical examples that became popular in the post-World War II period. The alumni of Hargrave are diverse and include many notable businessmen, politicians, government and military leaders, and professional athletes.