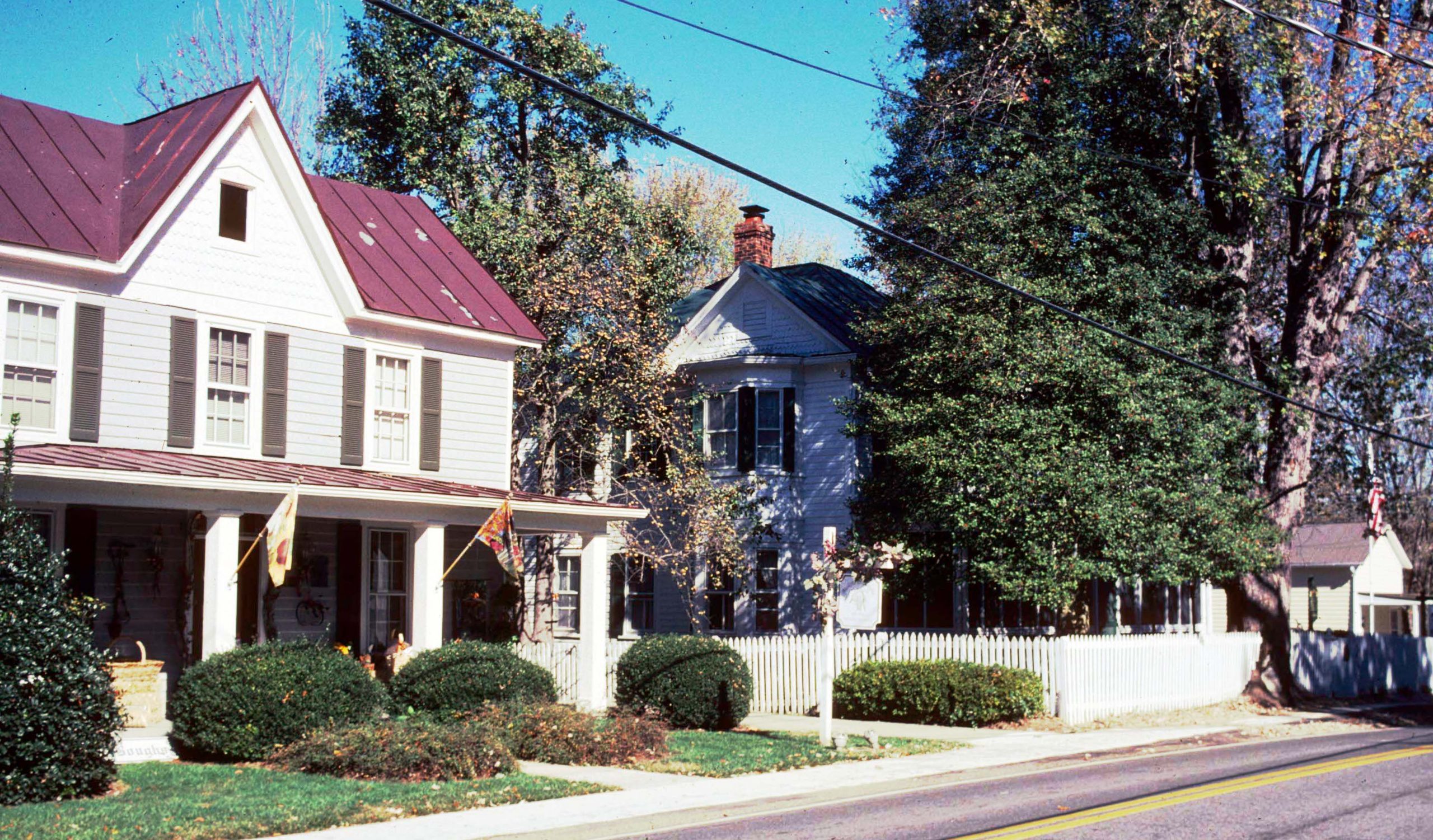 Established on Pope’s Head Creek in southwestern Fairfax County, this tidy community developed between 1868 and 1910 through the impetus of New York immigrant Harrison G. Otis. Otis purchased land parcels around the depot of the Orange and Alexandria Railroad and in 1869 became postmaster of the new U. S. Post Office named Clifton. He promoted the settlement by opening roads, developing a sawmill, and building the Clifton Hotel, a residential and resort hostelry. In barely a decade the town had acquired churches, a school, shops, and a gristmill. By 1910 Clifton had 200 residents. Growth all but ceased after 1910 with the exhaustion of pulpwood supplies which affected Clifton’s wood industries. With some sixty buildings Clifton today preserves a near-perfect image of an early 1900s village. Set in shady yards, its wooden houses employ a variety of straightforward vernacular forms. Picket fences abound.