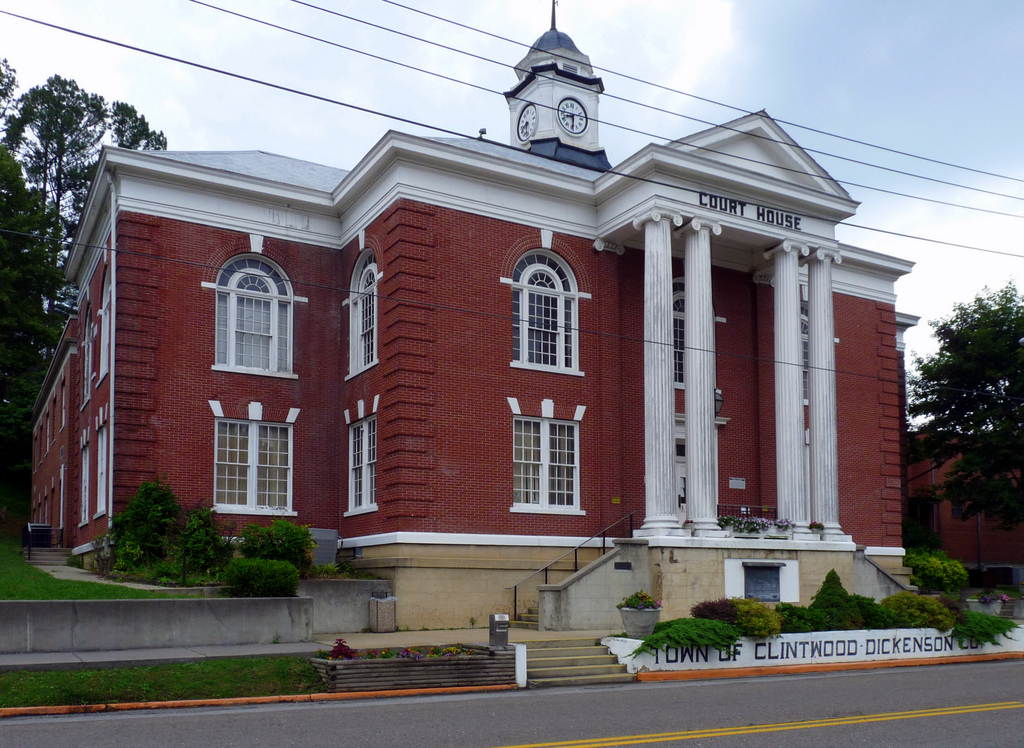 The Dickenson County Courthouse is a Colonial Revival landmark in the heart of the Commonwealth’s coal-mining region. The courthouse was originally built in 1894. The construction of the Carolina, Clinchfield, and Ohio Railway in 1915 initiated increased coal mining and timbering in the area and created significant prosperity. That same year the courthouse underwent extensive improvements including the construction of the present facade from the design of Roanoke architect H.M. Miller. The original 1894 section was razed in 1972 and replaced by a modern wing. The courtroom on the second floor behind the three arched windows was left intact.