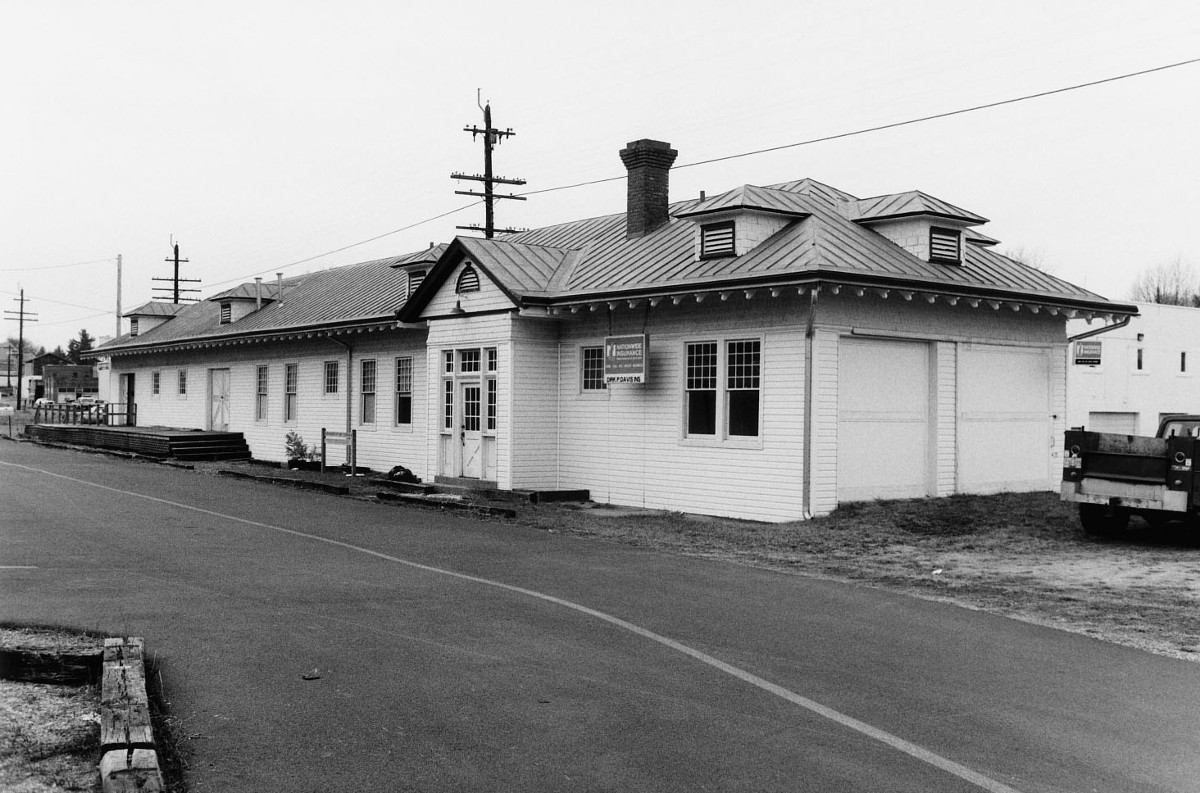 The town of Dublin came into being in 1854 when the Virginia and Tennessee Railroad established a depot where the rail line crossed the Giles and Pulaski Turnpike. The settlement became a center of commerce and transportation. As such, it served as a Confederate army supply link during the Civil War, over which the 1864 battle of Cloyd’s Mountain was fought. The district’s earliest buildings date to the mid-19th century but the majority were built following the Civil War into the 1920s with its heyday occurring in the early 1900s. Today a community of some 2000, Dublin preserves an unhurried, small-town quality with a mix of unassertive commercial and residential architecture. The houses are generally free-standing, single-family structures in shady yards. A principal landmark is the 1913 Norfolk and Western Railway depot, a low wooden building marking the heart of the district.