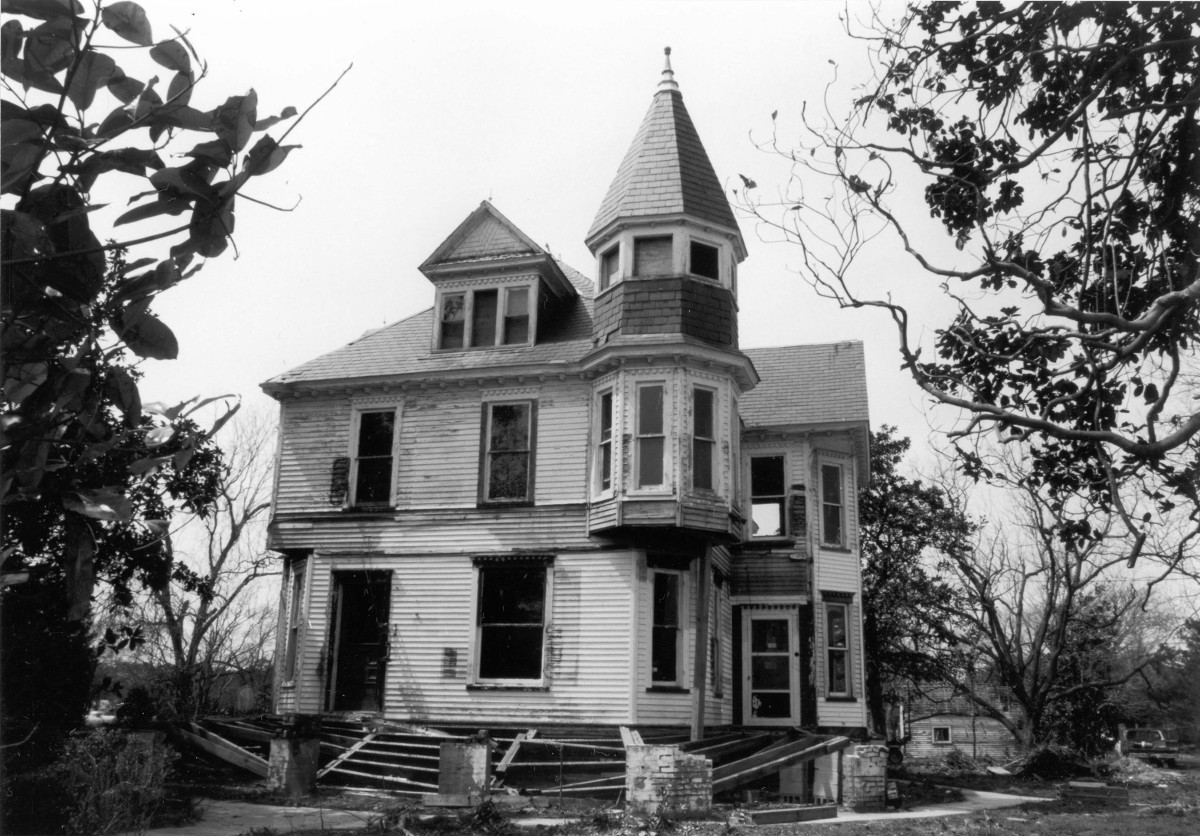 Constructed in 1890 in the Queen Anne style, the John W. Chandler House is a large frame dwelling clad in weatherboard crowned by a complex hipped-cross-gabled, slate-shingle roof, with an octagonal tower accentuating the house’s northeast corner. The house also features a two-story projecting canted bay capped by a closed gable, and a projecting curved bay, crowned by a closed gable with Palladian-style window. The current owner plans to restore the wraparound porch with Tuscan columns that formerly dominated the façade. John W. Chandler was an Eastern Shore native, who became the largest produce broker in the region during the early 20th century. He invested heavily in Northampton real estate and originally platted the villages of Exmore and Oyster, providing for their economic support with his various businesses that included oyster harvesting, fire insurance, and fertilizer manufacturing. He primarily farmed and timbered the more than 2,000 acres of land he owned to support his main produce-shipping business.