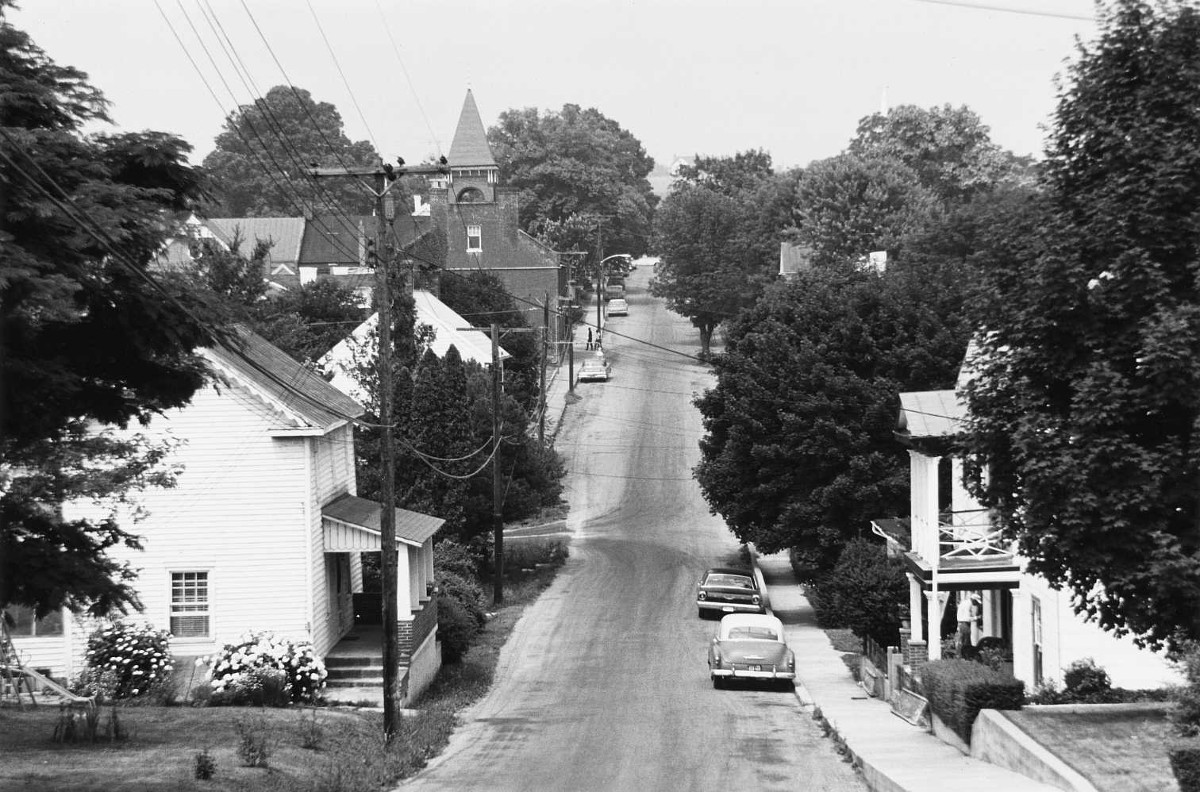 Named for Lord Fincastle, son of Virginia’s last royal governor, Lord Dunmore, this county seat village was founded in 1772 and was an important outpost for pioneers moving west through the Valley of Virginia. The town’s grid plan was laid out by William Preston, the county surveyor. Many of the earliest buildings have been lost through devastating fires, although several streets retain weatherboarded log dwellings. The gleaming spires of three antebellum churches: St. Mark’s Episcopal (1837); the Methodist church (1840); and the Presbyterian church, an 18th-century structure remodeled as a Greek Revival building in 1849, punctuate the leafy streets. Another important spire is that on the Botetourt County Courthouse, originally built in 1845-48 and reconstructed following a fire in 1971. One of the most picturesque historic towns in western Virginia, Fincastle preserves a scenic setting of surrounding mountains amid rolling farmland, including the listed properties of Prospect Hill and Santillane.