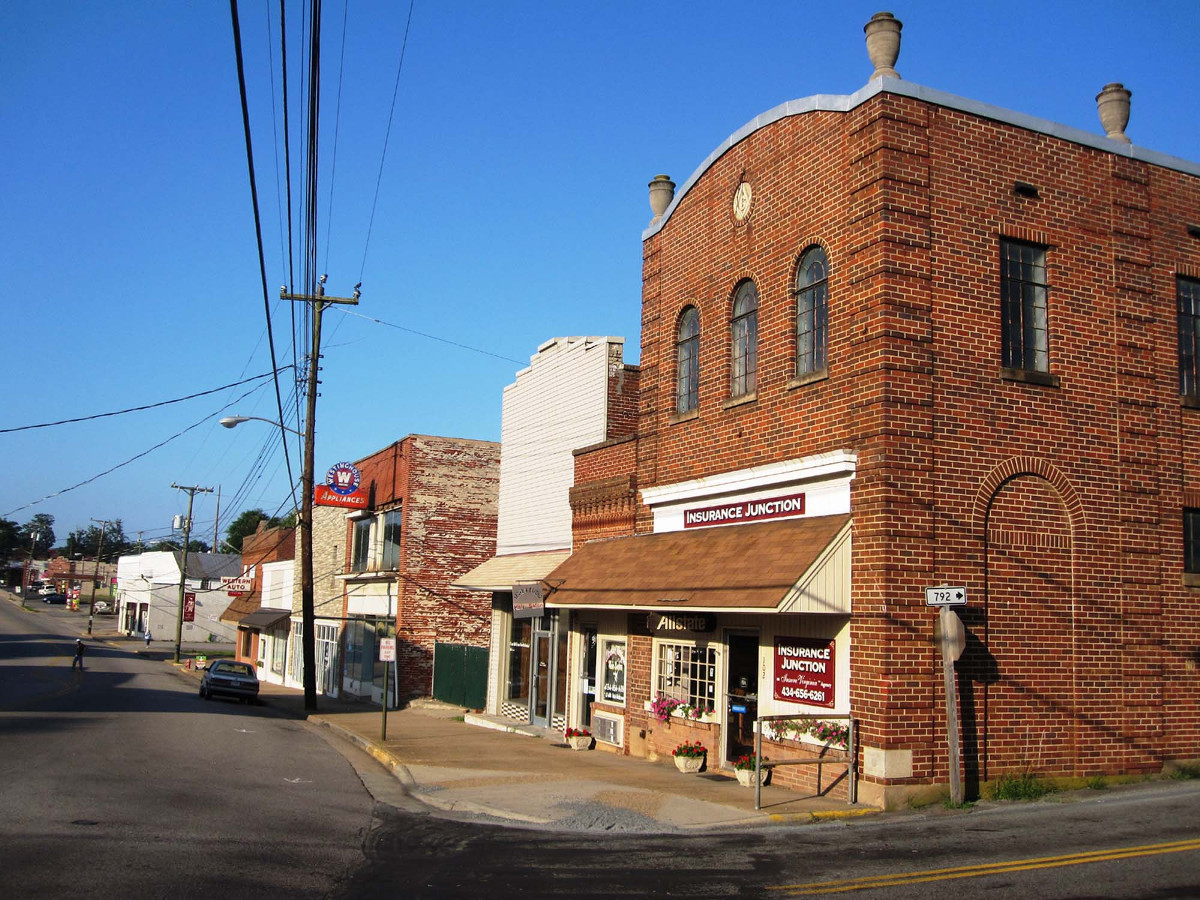 In Southside Virginia’s Pittsylvania County, the Gretna Commercial Historic District took shape with the arrival of the Lynchburg and Danville Railroad through the area between 1872 and 1874. The railroad swelled a settlement known as Franklin Junction. In 1901, it changed its name to Elba and in 1916 to Gretna. Gretna’s historic district contains 26 contributing buildings constructed between 1881 and the early 1960s, with many dating to Gretna’s early period of development. Representing historic purpose-built commercial, governmental, and civic organizational buildings, their architecture ranges from the popular Commercial style to the Colonial Revival style of the former Gretna Fire Station and Town Hall, to a Classical Revival social lodge building, and the Art Deco style of an early-20th-century service station.