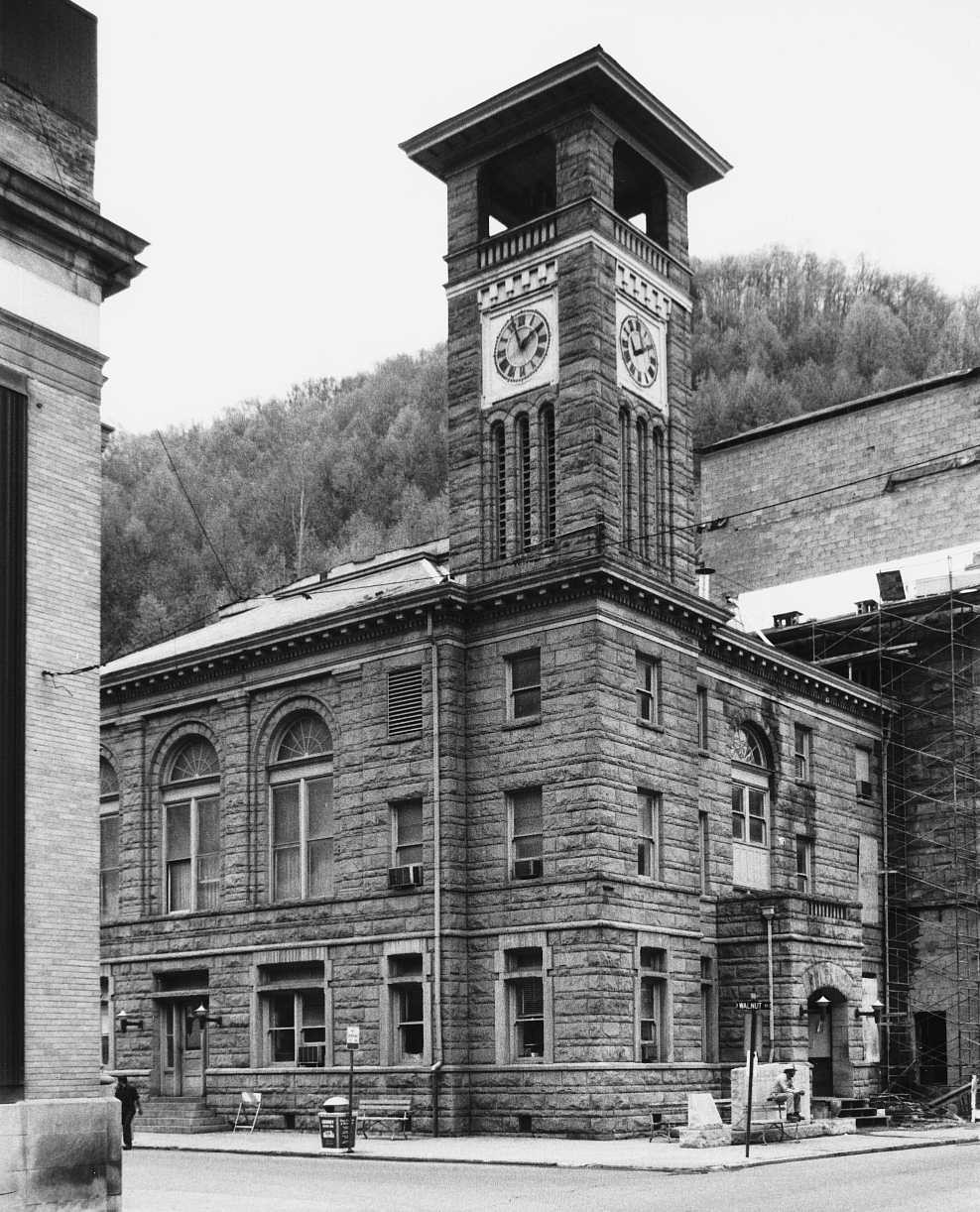 The Renaissance Revival courthouse at Grundy indicates the importance given to law and order when the area was experiencing its early coal-mining rush. Built of rough-faced locally quarried stone, the courthouse is the fourth courthouse to serve Buchanan County since its formation in 1858. Lending distinction to the building as well as the town, is the slender corner clock tower. The courthouse was designed by Frank P. Milburn of Washington, D. C., and completed in 1906. Milburn’s firm was responsible for several other courthouses in Southwest Virginia and also supervised the 1917 reconstruction of the Buchanan courthouse interior after it was gutted by a 1915 fire which consumed much of Grundy. The building received major additions in 1949-59 and 1984.