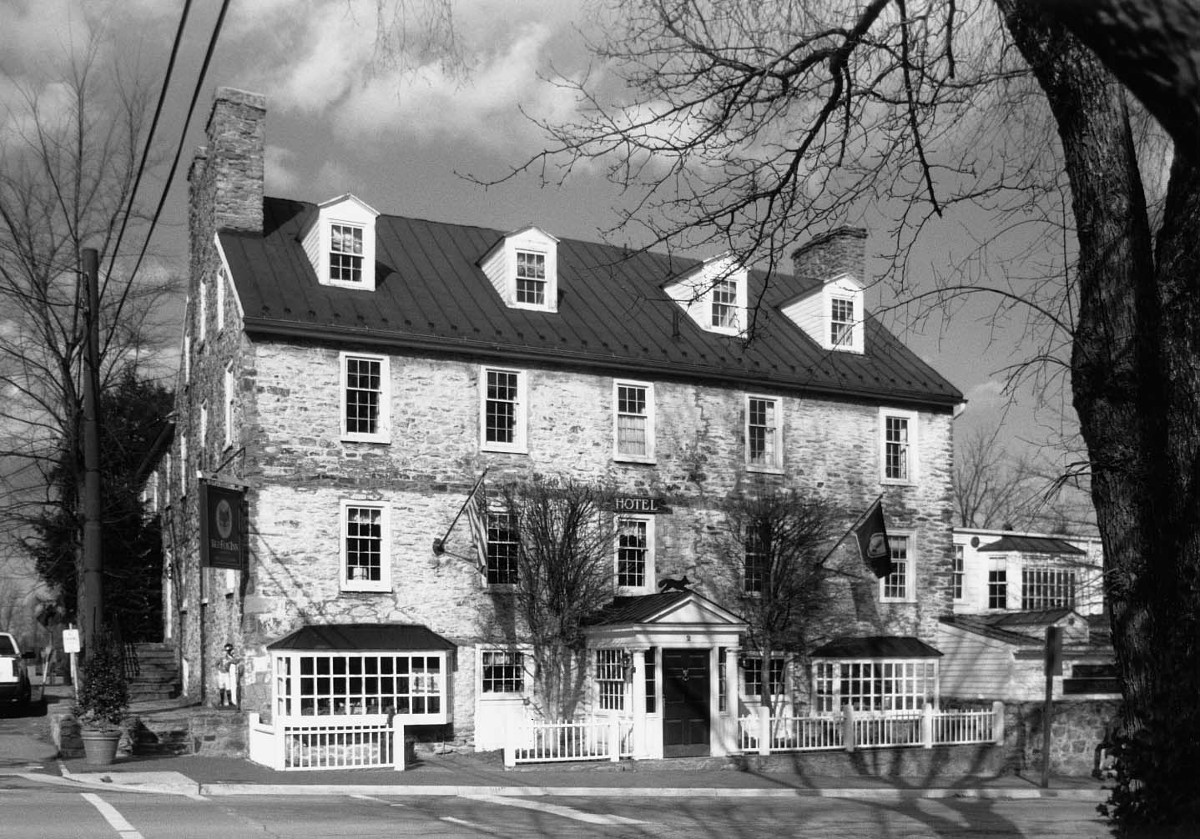 One of the Virginia hunt country’s best-known landmarks, the Red Fox Inn occupies a site used for a tavern since the 18th century. Rawleigh Chinn, who originally owned the land on which Middleburg developed, reputedly built a tavern near this intersection in 1728. The present stone building may incorporate earlier fabric but was mostly constructed in 1830 for Nobel Beveridge, who stated in a newspaper advertisement that year: “A new House of Entertainment has been built. . . With all the rooms comfortable and well-furnished. The subscriber’s bar is well-appointed with choice liquors. . . ” Beveridge’s tavern since has been remodeled and enlarged several times. Its present appearance, largely dating from a 1940s renovation by local architect William A. Dew, is designed to attract its clientele with an old-fashioned ambience. The tavern has since become an area institution and remains a fashionable venue for lodging and repast.