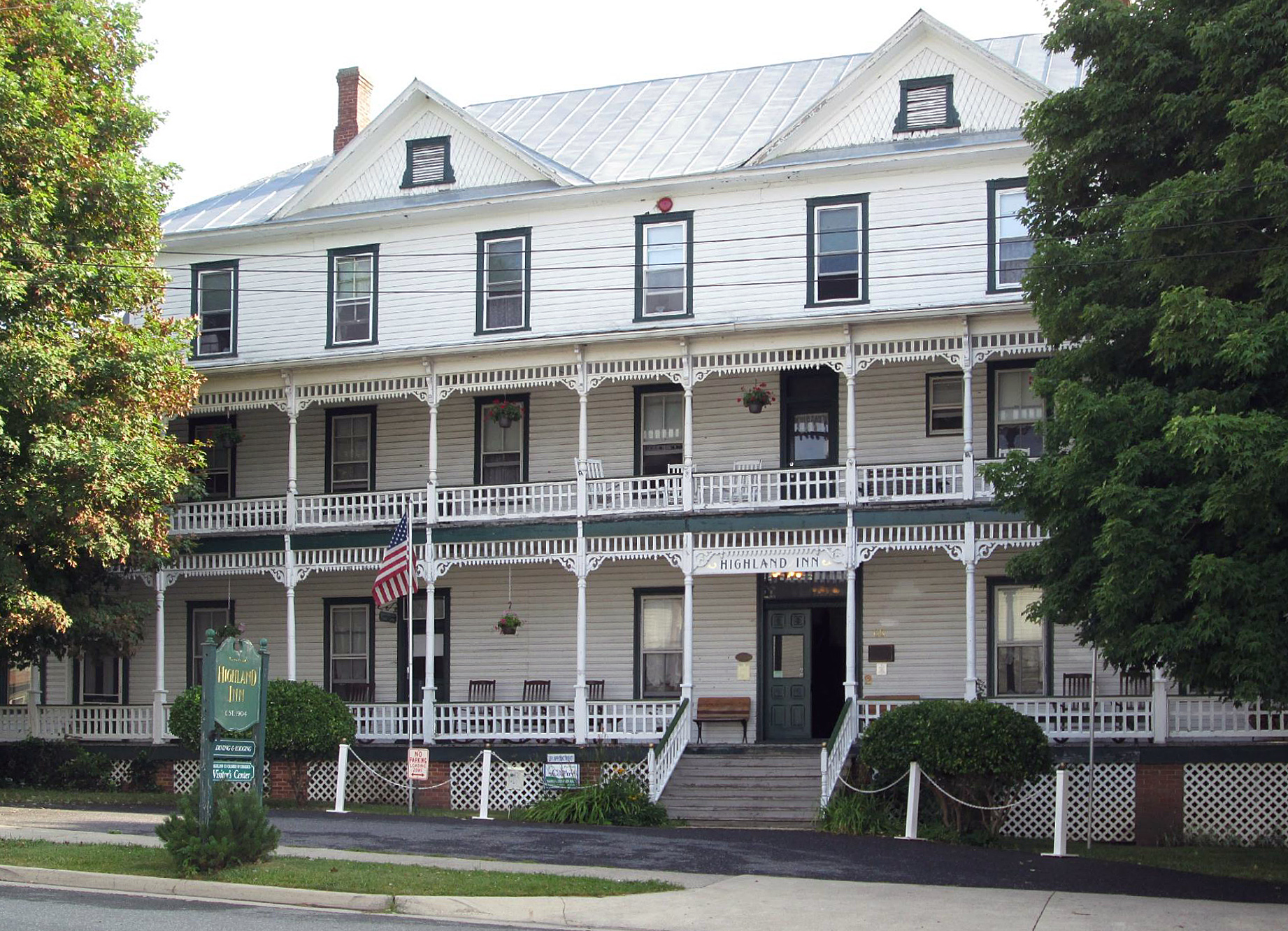 Built in 1904, this relic of a bygone era is the town of Monterey’s signature landmark. From the mid-19th-century through the early-20th-century western Virginia was dotted with numerous resort hotels offering a salubrious climate for visitors seeking to escape the summer heat and unwholesome airs of the seaboard cities. A more hurried life style, easier long distance travel, and air conditioning resulted in the demise of nearly all of these hostelries, making Highland County’s Monterey Hotel a rare survival. The hotel’s first owner was S. W. Crummett of Staunton, who commissioned the Eustler brothers of Grottoes to construct the building for $6,000. Its dominate feature is the inviting wrap-around Eastlake gallery with its lacy spindle friezes. Early guests include Harvey Firestone and Henry Ford. At the time of its listing, the restored hotel hosted visitors under the name Highland Inn.