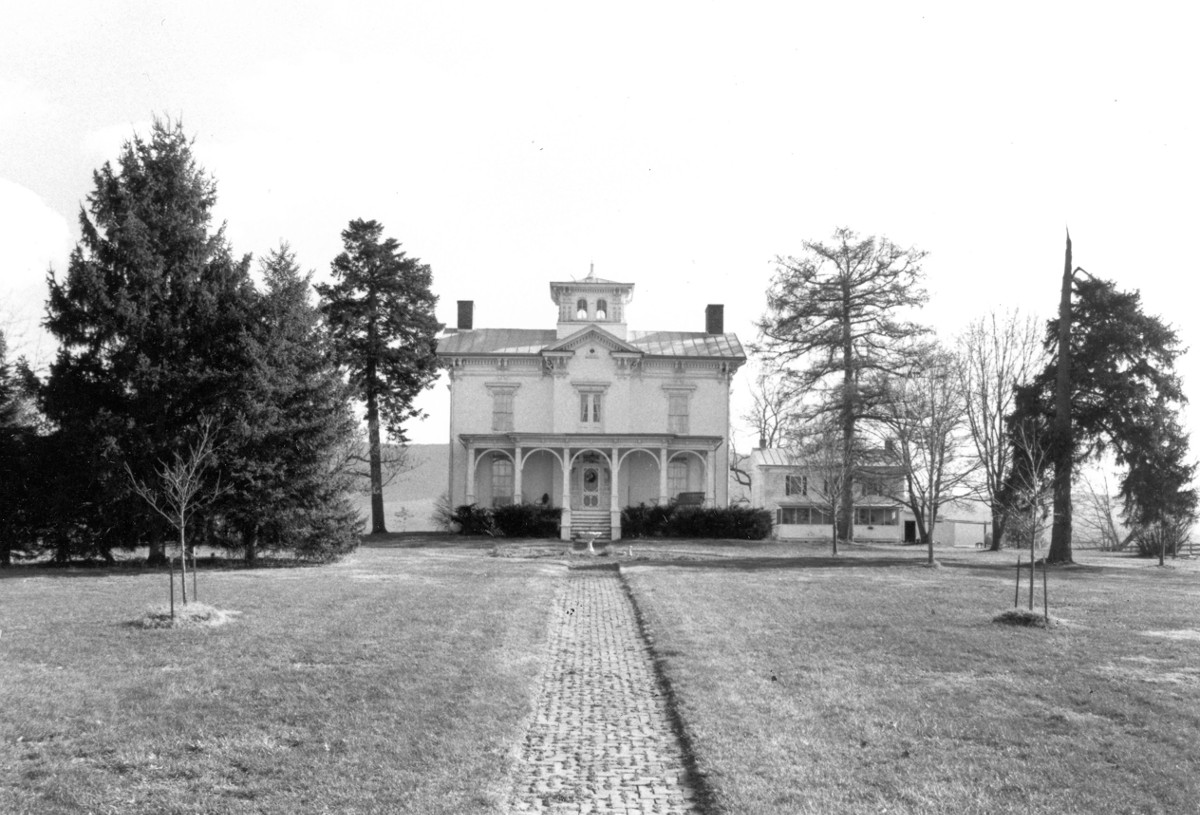 The J.W.R. Moore House is a notable rural example of the Italianate style in the lower Shenandoah Valley. The large, L-shaped, brick house was constructed in 1871 by John Warren Rice Moore, a member of a prominent valley family and a successful farmer and businessman, and his wife, Henrietta. It displays distinct characteristics of the Italianate style: tall, narrow windows with elaborate crowns; widely overhanging eaves with decorative brackets; and on the roof a large belvedere with a tall finial. The construction history of the house is unusually well documented. Several of the principal craftsmen who worked on it are identified in a newspaper article written at the time of construction: the contractor and architect was R. S. Jones; the mason, Thomas J. Burk; and the carpenter, Isaac Sheetz. Moore had served in the Confederate army during the Civil War, and he and his family operated a successful farm on the nearly 400-acre farm until 1882, when they sold it and moved out of the state. The house has been rehabilitated for use again as a single-family residence.