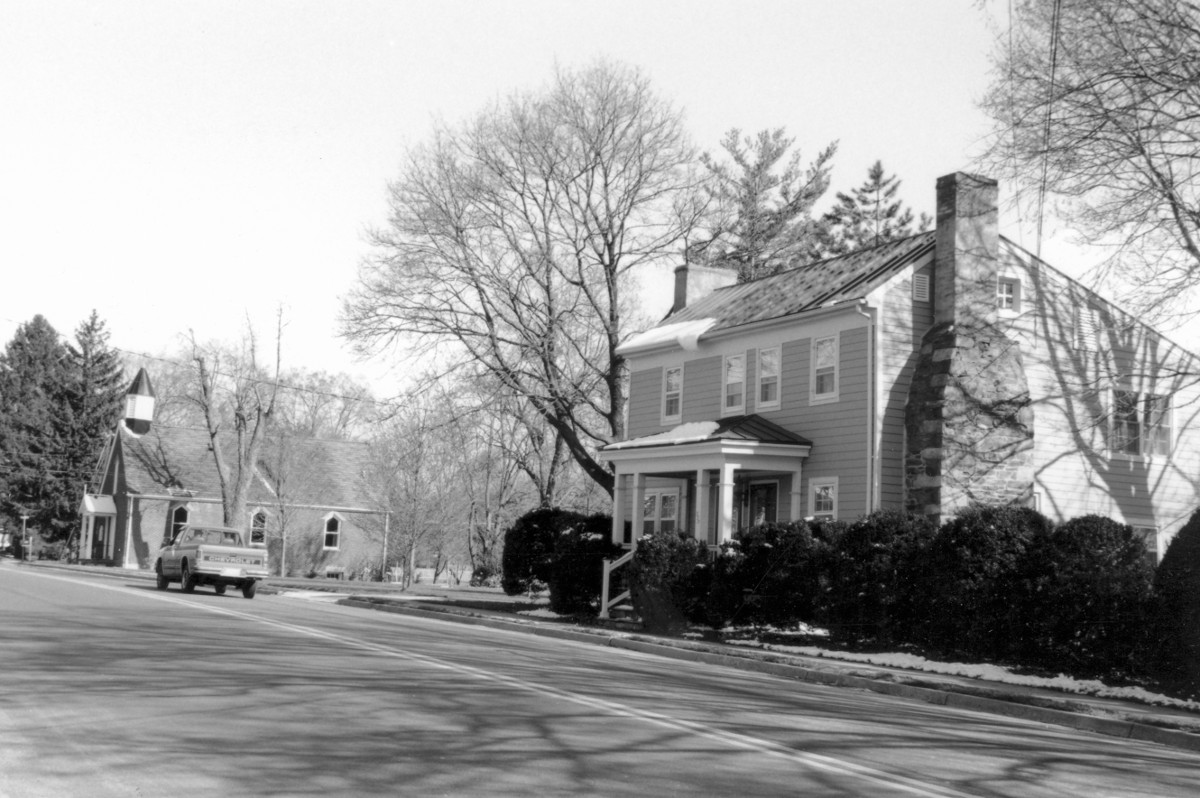 The collection of buildings within the Purcellville Historic District represents a range of architectural styles popular during the 19th and 20th centuries in rural Loudoun County. The town of Purcellville stands near the foothills of the Blue Ridge Mountains, and maintains a diverse mix of residential, commercial, religious, and institutional properties that characterized it during its historic period, from 1830 to 1957. Though a handful of buildings remain from its earliest period of development, most were built during the town’s late 19th- and early 20th-century boom period, when it eclipsed neighboring towns to become the commercial center of western Loudoun County. With the completion of the Leesburg and Snicker’s Gap Turnpike, Purcellville’s business activity was able to expand quickly, and it was aided later by the acceptance of such modern innovations as a dedicated town water supply, a town-wide building code, and improvement of local roads for use by motor vehicles. The majority of residential buildings in the district exhibit simple, traditional building forms with limited stylistic detail, though there are several examples of high-style architecture, such as the complex Queen Anne-style Walter Hirst house on East Main Street. Together, these buildings represent nearly two centuries of change and continuity.