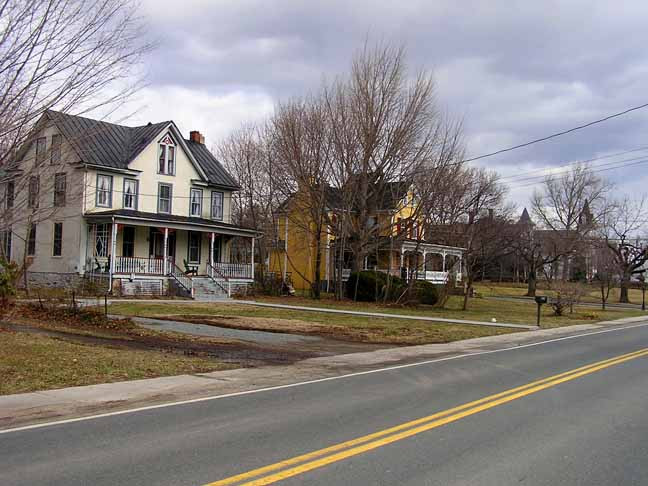 The construction of the Snickersville Pike in the 1830s, linking the Shenandoah Valley at Winchester to Alexandria and Washington D.C. via Snicker’s Gap, gave rise to Round Hill. The resulting strategic crossroads village forms the core of the Round Hill Historic District. As early as the 1850 federal census, Round Hill was sufficiently important to be identified by name as a community, and in 1857 its area residents successfully petitioned for a post office. The village prospered through the 19th century as a rural commercial center between Leesburg and Snickers Gap and later as a vacation destination for people seeking to escape Washington’s sweltering summer heat. Its status was further boosted in 1874, when the Washington and Old Dominion Railroad extended its western terminus to Round Hill, where it remained until 1900 when the rails were again extended west to Bluemont, at the base of the Blue Ridge. The period of significance for the district extends from 1850, the date when the Guilford Gregg Store (the first community store) was built to 1958, when post-war residential construction continued to serve the town’s housing requirements.