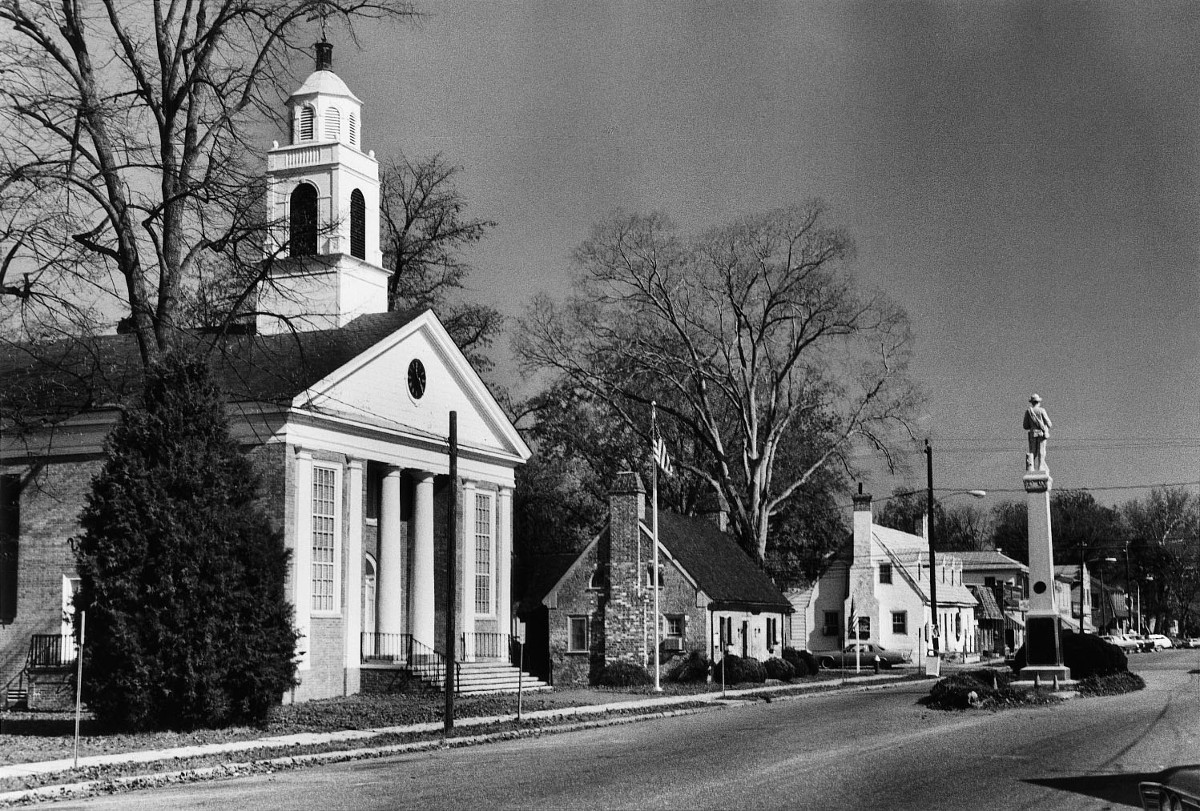 Tappahannock began as a village known as Hobb’s Hole in the mid-17th century. The core of this Rappahannock port preserves an important assemblage of 18th- and 19th-century architecture. Its focal point is the 1848 Roman Revival courthouse. Adjacent is the 1728 courthouse partially burned by the British in 1814 and since remodeled as a Methodist church. The 18th-century debtors’ prison and ca. 1808 clerk’s office stand nearby. Important houses include the mid-18th-century Ritchie house on Prince Street, the late 18th-century Brockenborough house on Water Street, now part of St. Margaret’s School, and the 1850 Roane-Wright house on Duke Street. These houses respectively were the residences of three cousins, editor Thomas Ritchie, banker John Brockenborough, and Spencer Roane, members of a political circle known as the Essex Junto or Richmond Junto who helped the Jeffersonian Democratic-Republican party maintain its national dominance.