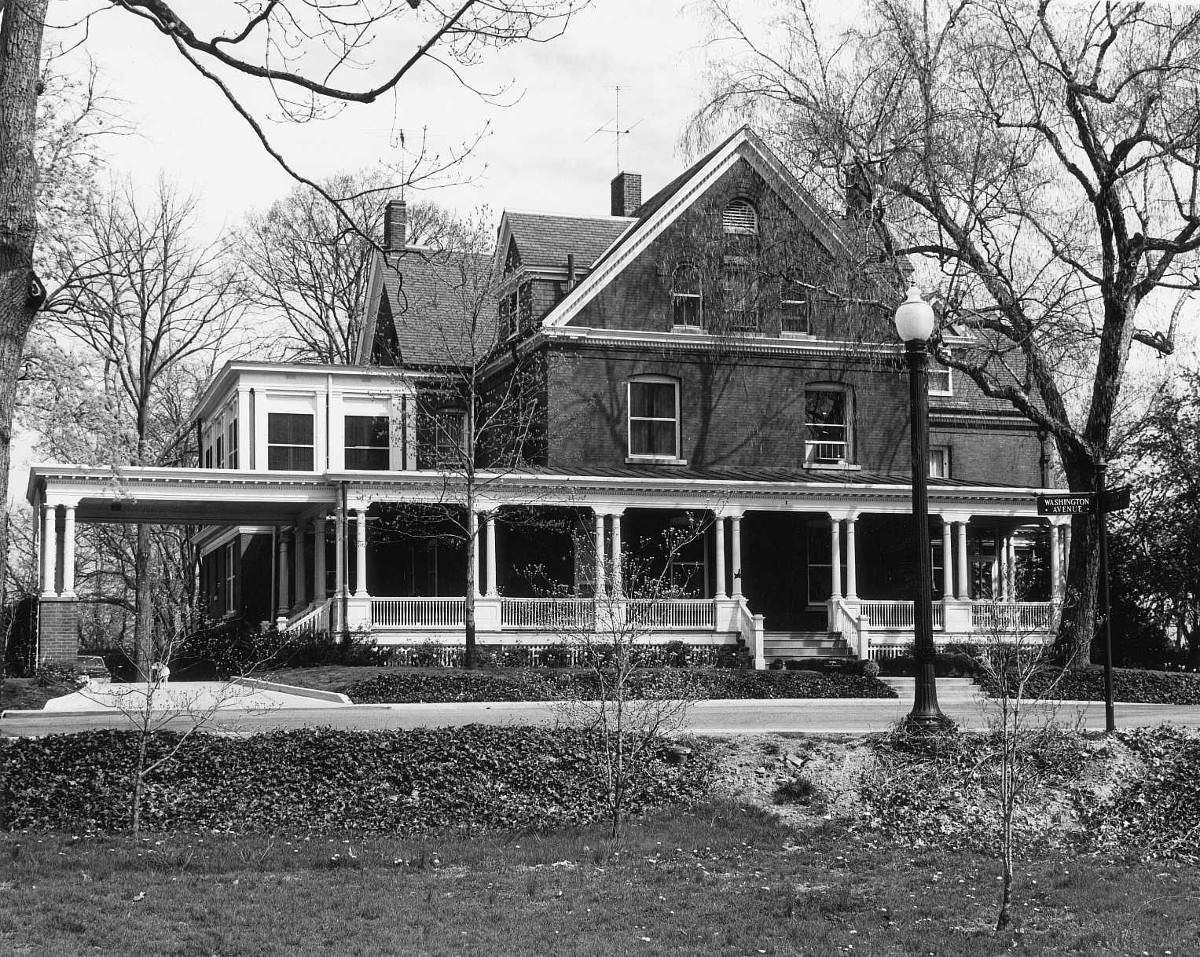 Completed in 1899 as one of a series of officers’ dwellings, this capacious twenty-one-room brick mansion has been the residence of all the Army chiefs of staff since 1908 when Maj. Gen. J. Franklin Bell became the first chief of staff to make his home at Fort Myer. He was succeeded by Gen. Leonard Wood, who resided here from 1910 to 1914. The modified Queen Anne structure has seen little change since its completion. Its long front porch gives a homey, hospitable air to the quarters of the commander of the world’s dominant military force. Its later occupants have included generals George C. Marshall, Omar N. Bradley, Douglas MacArthur, and Dwight D. Eisenhower. The house is conspicuously located at the end of Grant Avenue with a splendid view of the nation’s capital. Signaling its official status is a pair of Fort McNair cannons flanking the entrance.