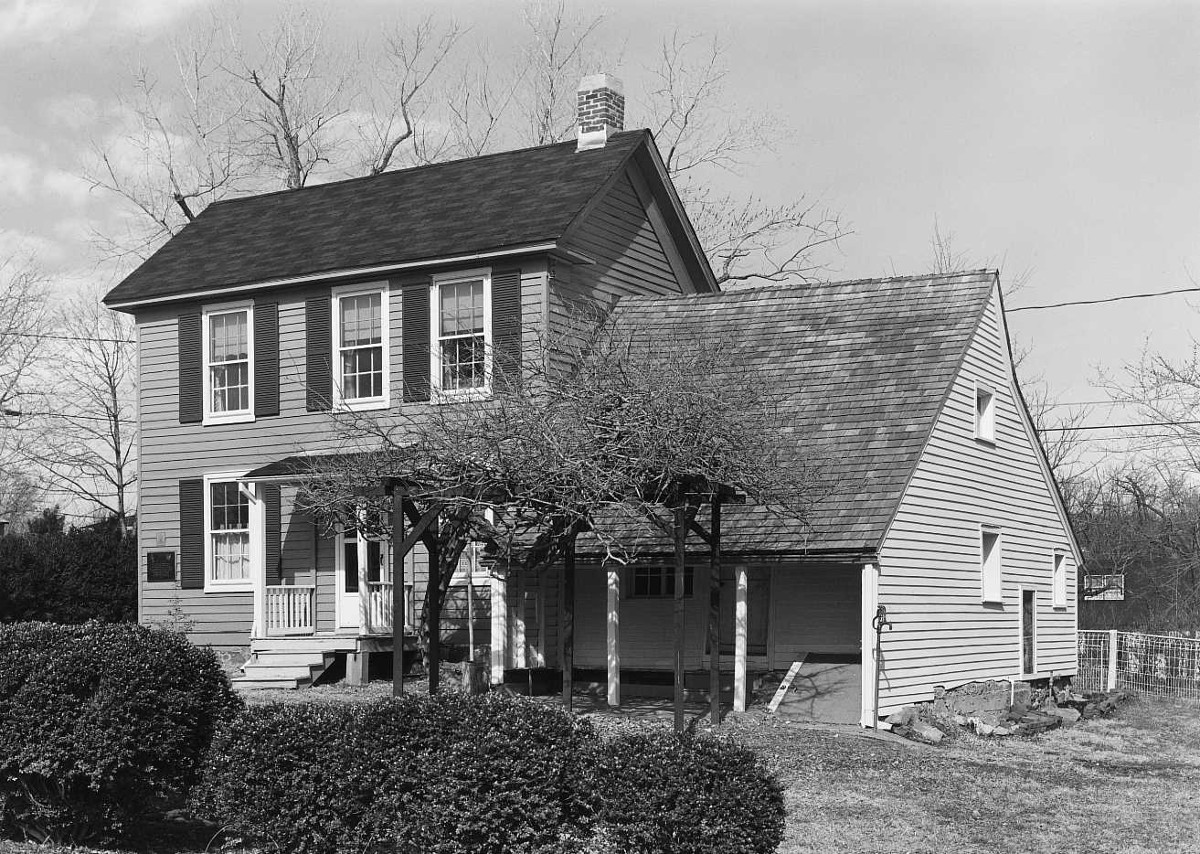 Most of the simple, often crude dwellings of the average colonial Virginian have disappeared; the finer houses that remain tend to give a misleading picture of the more typical lifestyle of the 18th century. A rare surviving example of such elementary housing is the Ball-Sellers House, tucked in the Glencarlyn neighborhood of Arlington. The tiny, one-room dwelling probably was built by John Ball before his death in 1766, and is now a wing of a 19th-century house. The rustic log construction and rare surviving clapboard roof, one of the most rudimentary of early roof coverings, both hidden under later fabric, tell that many Virginians lived far from luxuriously. The house was later owned by William Carlin, an Alexandria tailor whose clientele included George Washington. This singular architectural document is now owned and preserved by the Arlington Historical Society.