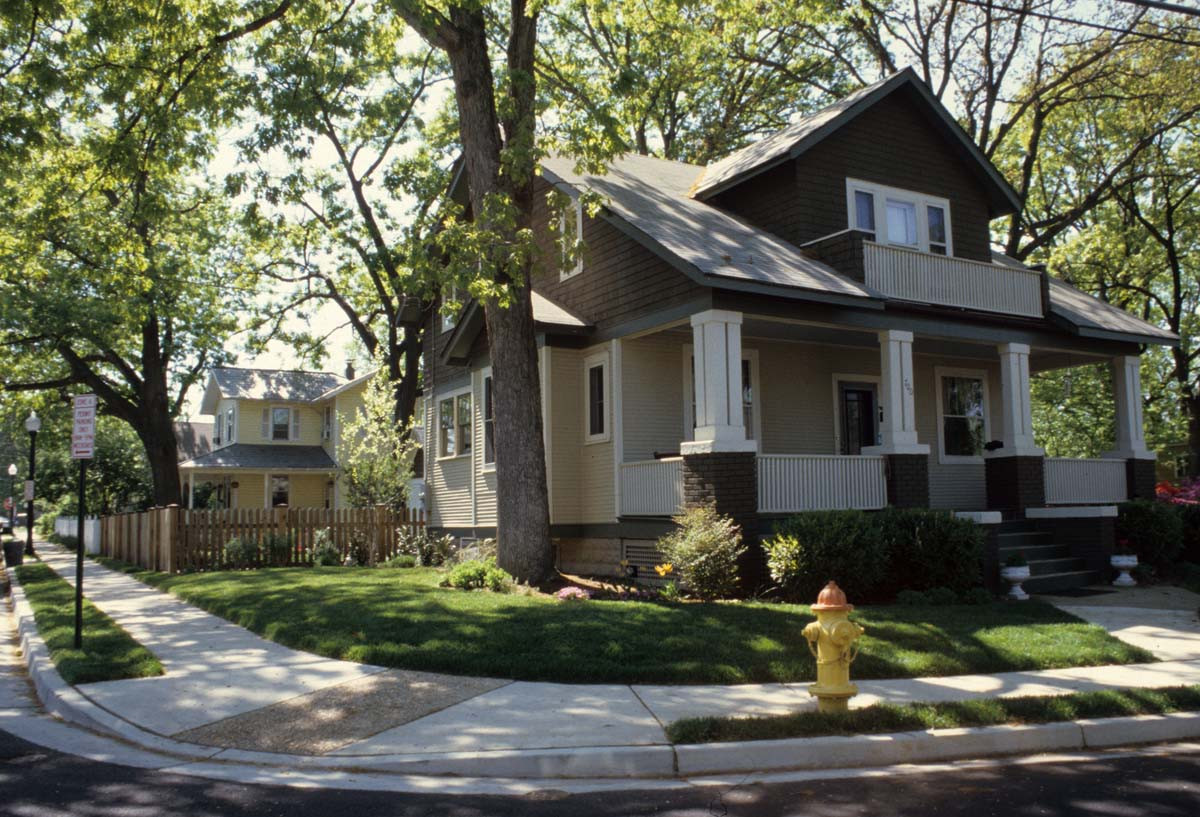 The Ashton Heights Historic District is significant as a planned suburb of Washington, D.C. The growth of this community is tied to the arrival of the commuter railroads during the early 20th century and the expanding housing needs of government employees. Developed in 1921, Ashton Heights was the first neighborhood in the county platted by Ashton Jones, a speculative developer originally from southern Virginia. The community expanded over several decades between 1921 and 1950 under the direction of George H. Rucker & Company. A total of 23 separate divisions make up Ashton Heights. Built by 18 different developers, it became a convenient locale for federal government workers due to the availability of public transportation. Architecturally, the community features a number of dwellings and apartment buildings representing popular styles and forms of the early 20th century including the Bungalow/Craftsman, Cape Cod, Colonial Revival, American Foursquare, and Tudor Revival. Religious and educational resources (such as the Clarendon School), as a well as commercial structures and a cemetery are included in the historic district.