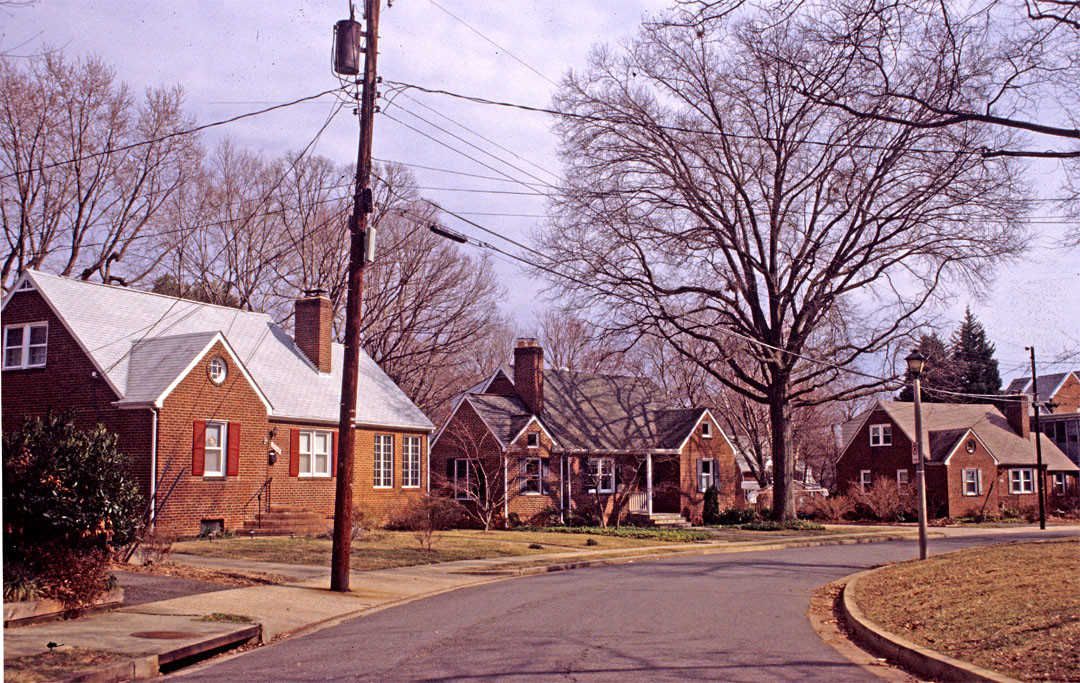 The Highland Park-Overlee Knolls Historic District encapsulates residential subdivision design and development from the late-19th century through to the mid-20th century. A suburb of Washington D.C., the district was established with the arrival of the railroad and streetcar and expanded during the first half of the 20th century with the advent of more rails, and later buses and cars. It provides one of the best illustrations in Arlington County of how the Federal Housing Administration influenced neighborhood planning and the Better Homes movement fostered residential development within the individual subdivisions.