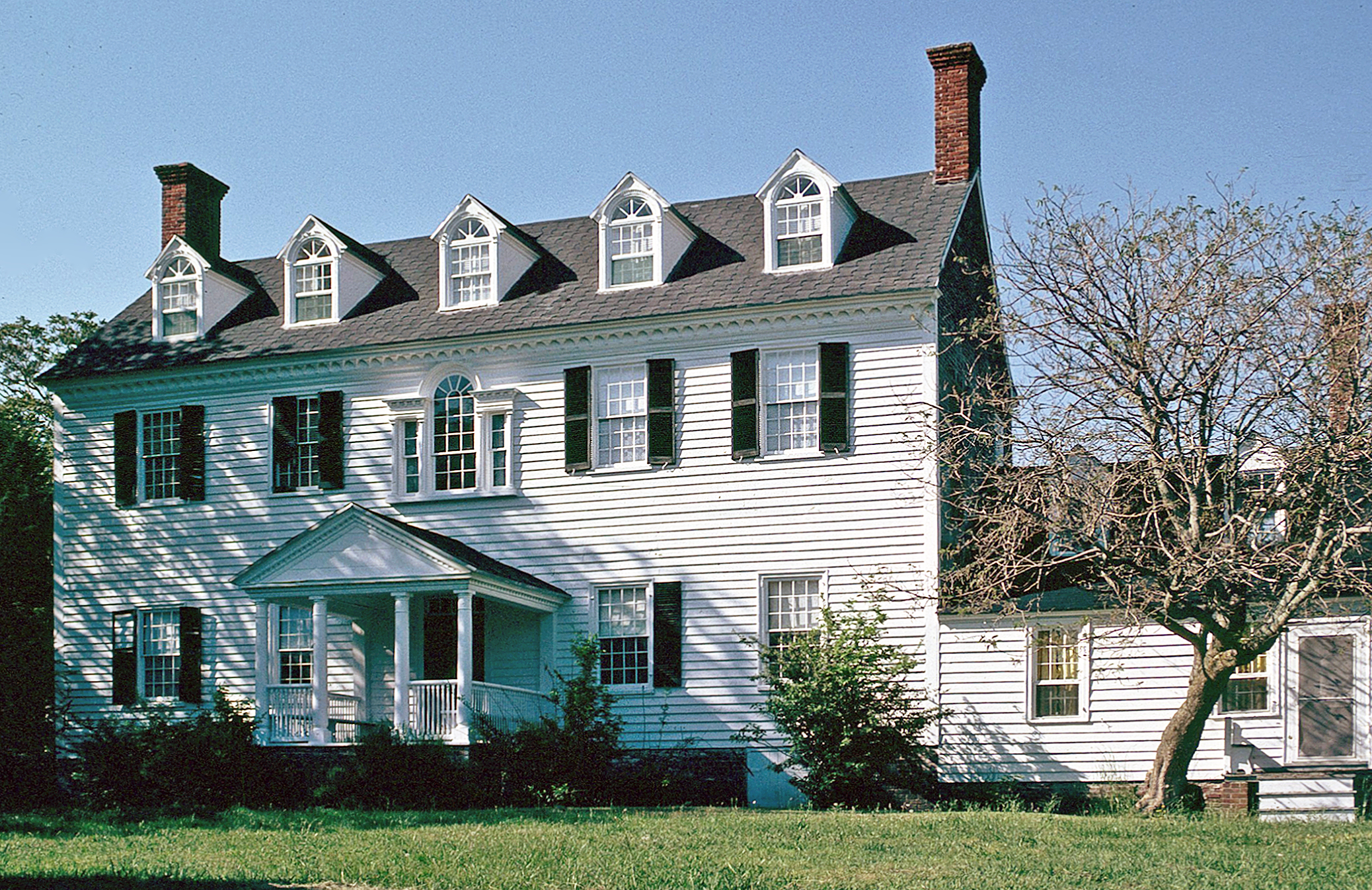 The stately Federal mansion that came to be known as Bowman’s Folly was built for John Cropper, Jr., entrepreneur, Revolutionary War general, and politician. Cropper sited his Accomack County home on an artificial mound on Folly Creek so that it would have a good vantage across the wide stretches of water and seaside marshes. The house was completed ca. 1815 on a tract held by Cropper’s wife’s family since 1664, and replaced an earlier structure. With its tall, brick-ended main section and trailing service wings built in the typical Eastern Shore style of big house, little house, colonnade, and kitchen, the complex exhibits the combination of architectural sophistication and rural domesticity characteristic of early Eastern Shore gentry seats. Distinctive touches on the little-altered house include the Palladian windows and the carvings of stars and shells under the eaves. Two of its outbuildings, a wooden dovecote and wainscoted privy, are unusual in their fine detail.