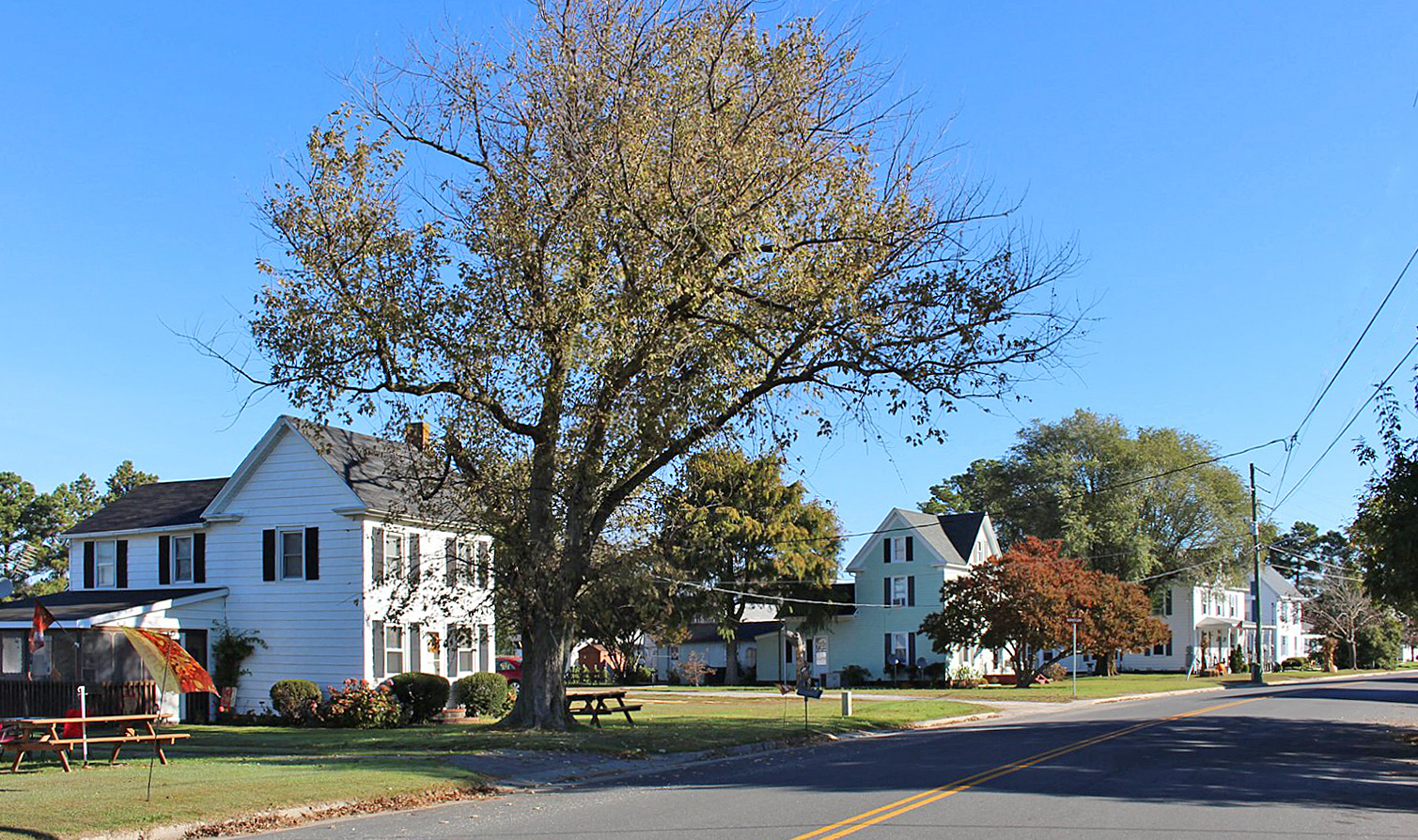 The 353-acre Saxis Island Historic District encompasses the Town of Saxis and adjacent areas of a narrow Accomack County peninsula that juts into the Chesapeake Bay. Isolated from the mainland by tidal marsh and bounded by water to its north, south, and west, the peninsular district has been called an “island” since European settlers and speculators claimed land there beginning in 1661. In the mid-1800s Saxis Island residents started transitioning away from small-scale agriculture to livelihoods in a growing seafood economy. The shallow waters around Saxis Island coupled with a primitive system of land transportation on the Eastern Shore offered the area’s watermen only limited access to large urban markets of Baltimore, Philadelphia, and New York. That changed with the arrival in 1866 of the Pennsylvania Railroad to nearby Crisfield, Maryland, which spurred local growth of commercial oystering. After the construction in 1903 of an unconnected wharf 650 yards offshore at the edge of the shipping channel, the seafood industry in Saxis Island boomed until the second half of the 20th century, when it started to diminish. Today oysters and softshell crab from the Chesapeake Bay, Pocomoke Sound, and other Bay tributaries, still remain an important local economic resource. The Saxis Island district consists of historic houses, stores and other commercial buildings, as well as a post office, former school, and church. The oldest existing building dates to 1870. Eighteen recorded family cemeteries are visible as clusters of above-ground concrete burial vaults in the yards of many dwellings, in addition to a church graveyard.