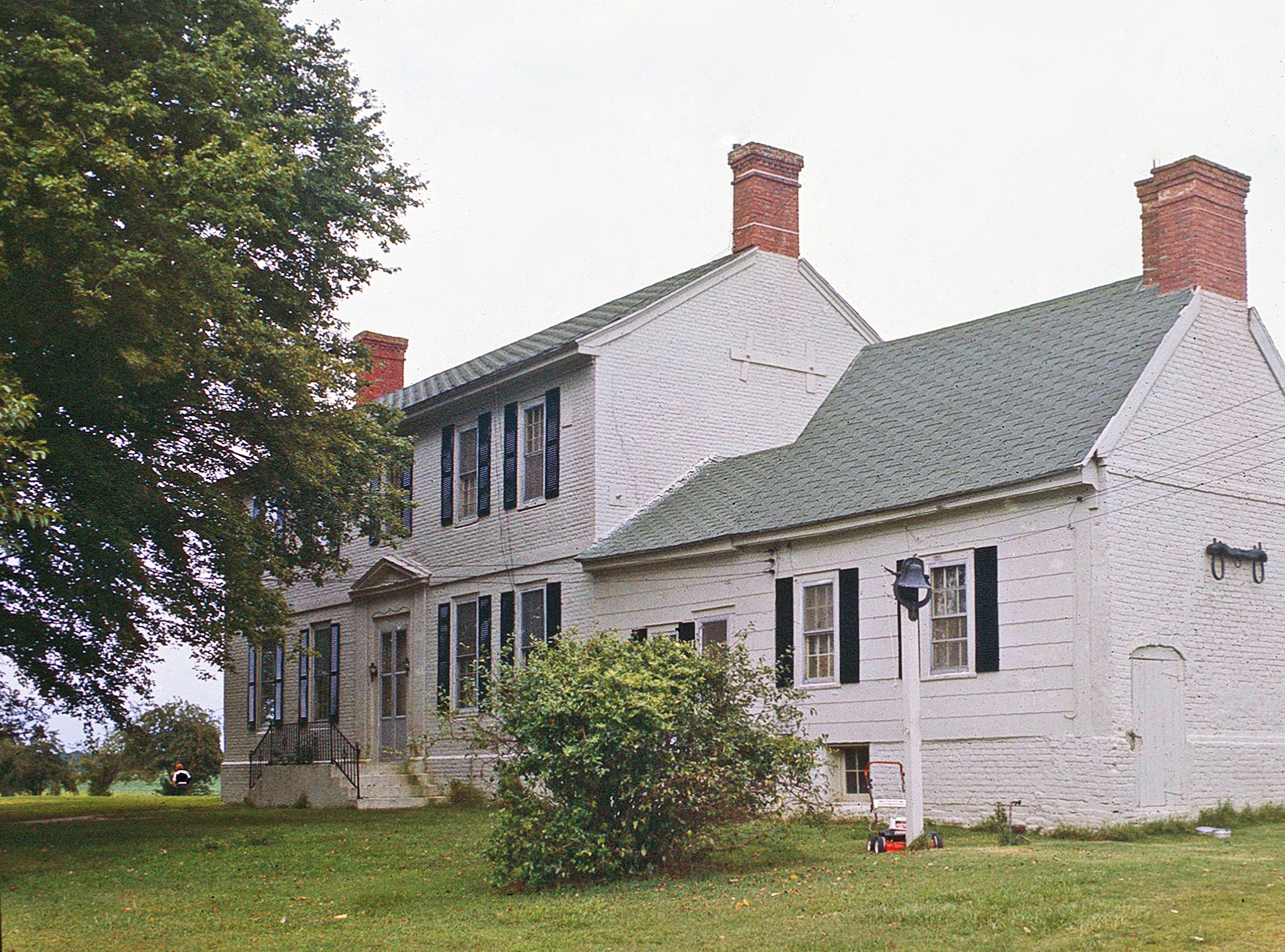 The Pitts Neck dwelling house, probably built before 1756 for Robert Pitt, IV, is one of the Eastern Shore’s more prominent mid-18th-century plantation houses. Chief among the interesting features of this formal, five-bay brick house is the scrolled soffit of the molded-brick doorway, a motif common on Georgian buildings in England but exceptionally rare in America. The doorway, along with other brickwork details, combine with the interior paneling and an earlier wing with a T-shaped chimney to make the house a document of colonial building motifs. Now somewhat isolated, this Accomack County plantation was once the scene of much activity. A tobacco warehouse was operated by the Pitt family in the 18th century at the plantation’s Pocomoke River landing, which remained a regular stop for Chesapeake Bay steamers as late as 1924.