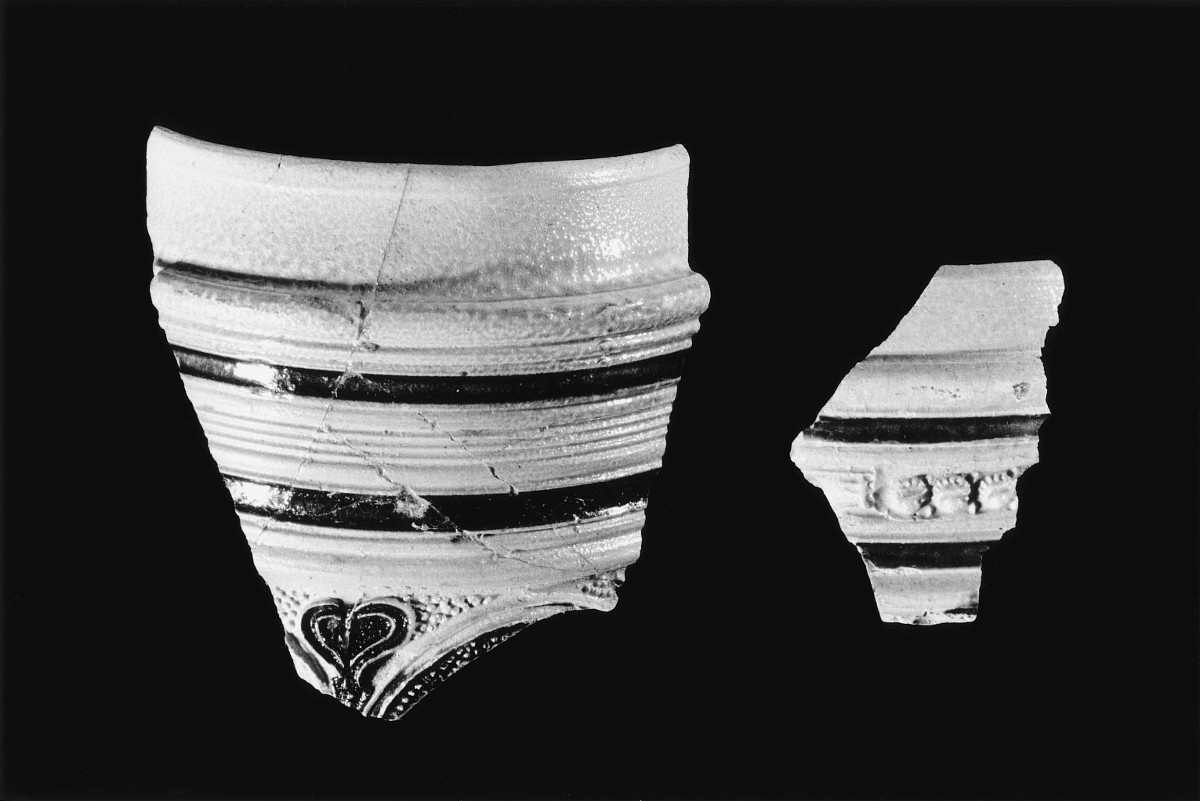 On Scarborough Gut, now a silted cove of Occohannock Creek, this colonial archaeological site is believed to be the location of Occohannock House, the seat of Edmund Scarborough. Scarborough was speaker of the Virginia House of Burgesses at the assembly of 1645-46 and the Eastern Shore’s largest 17th-century landholder. Subsurface features and heavy artifact density indicate that the site remains essentially intact. Shown is a fragment of Rhenish stoneware salvaged by Department of Historic Resources archaeologists during preliminary digs to determine the site’s extent and integrity. More extensive excavation and research should yield new information about 17th- and 18th-century Eastern Shore cultural patterns which could provide valuable information about other areas in eastern Virginia where official records have been destroyed.