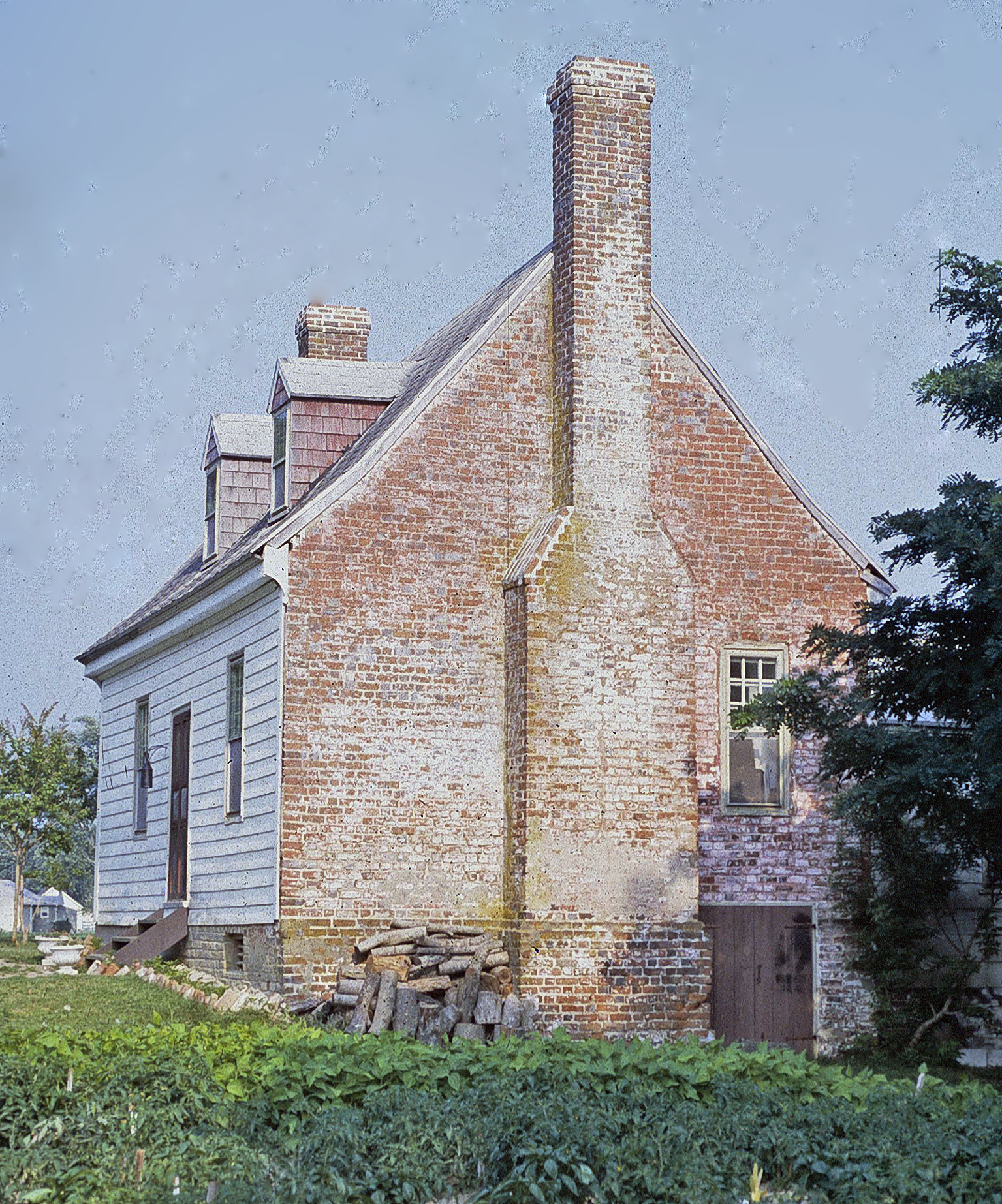 Originally called Assawoman, this venerable dwelling was renamed in the 20th century for Edward Arbuckle, who acquired the property in 1797. The house may incorporate portions of a ca. 1723 one-room settlement house owned by Comfort Taylor Ewell but most or all of the existing fabric appears to have been built in 1774 by Alexander Stockley, II, for his son Joseph. The dwelling is the sole early remnant of the once-thriving port of Assawoman. With its steep gable roof and brick ends, Arbuckle Place is a classic example of the region’s colonial vernacular architecture. The date 1774, the Stockleys’ initials, and the mason’s initials are inscribed on the east chimney. The interior has a hall/parlor plan and features finely detailed paneling which relates directly to a school of locally made furniture. During the Revolutionary War the local militia mustered in the yard here.