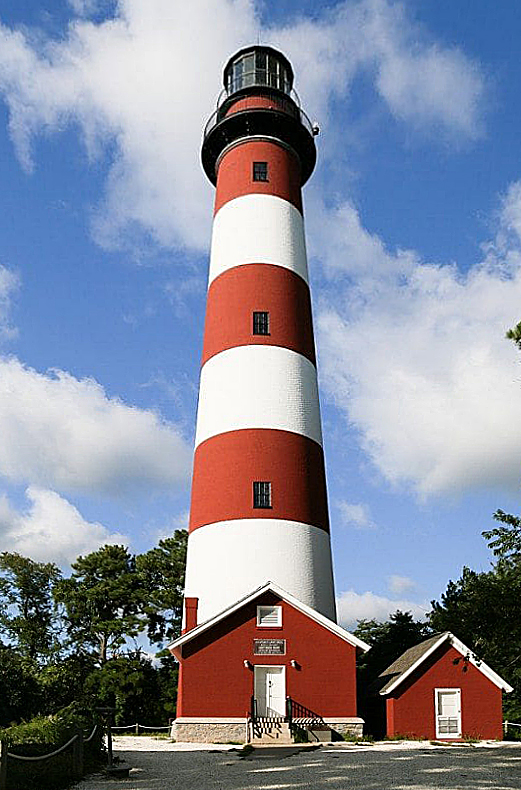 Few buildings more appropriately merit the term landmark than lighthouses. These singular structures stand as conspicuous and necessary focal points along the nation’s coasts. The red and white, festively banded Assateague Lighthouse has operated as a nautical guide for the south end of Assateague Island since it was first lighted on October 1, 1867, replacing an earlier but inadequate tower built in 1831. Standing 129 feet from base to light, the lighthouse is built of brick with tapered walls. Its original light mechanism, a Fresnel lens, imported from France, has been replaced by a modern automatic system. The Fresnel lens is now on display at the Oyster and Maritime Museum in the town of Chincoteague. The lighthouse is maintained by the U.S. Coast Guard.