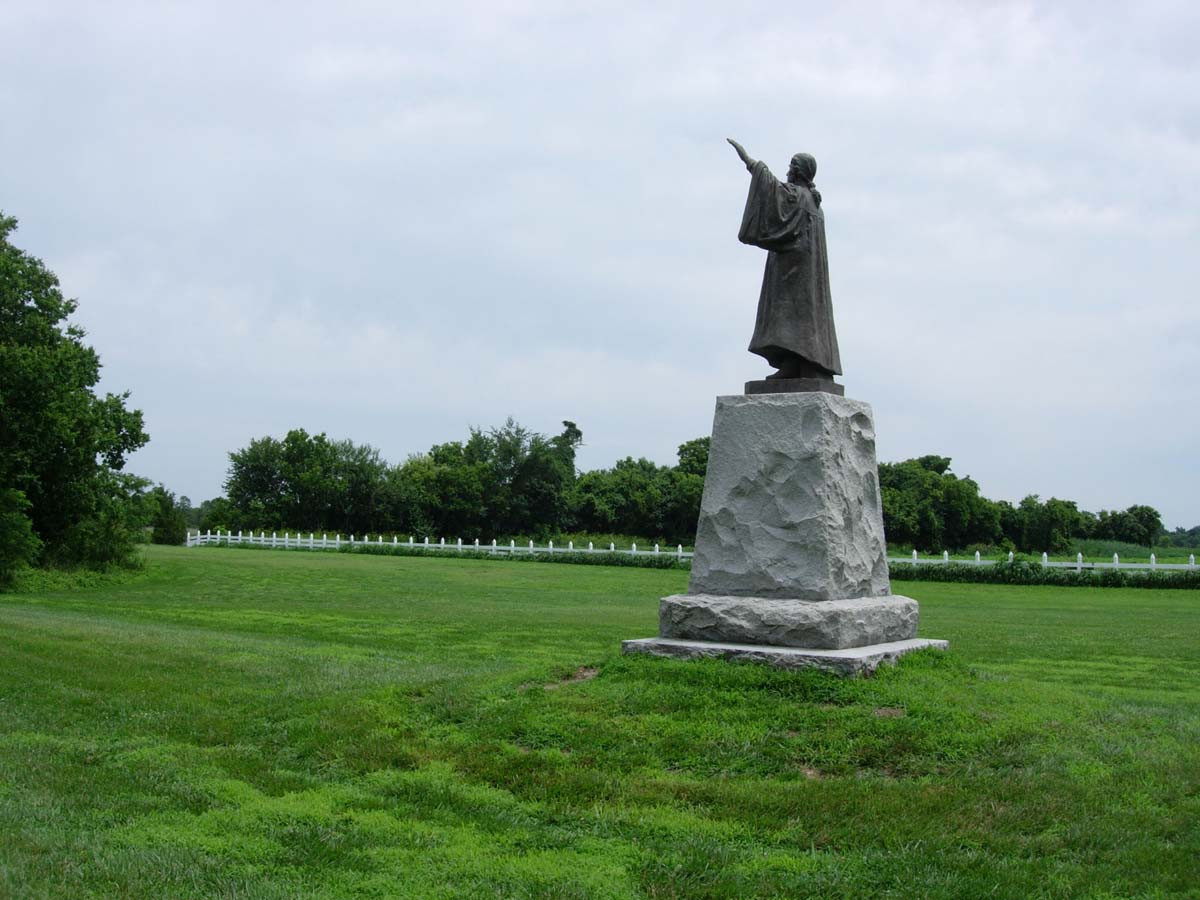 Makemie Monument Park is located on a tributary of Pokomoke Sound on over five acres of grassy parkland, trees, and marsh. It was named for the most dominating feature in it, a 17-foot-high statue of Francis Makemie, the founder of organized American Presbyterianism. The park also contains a graveyard with the graves of Makemie and his wife Naomi; a plaque to Makemie’s daughter, Anne Makemie Holden, of Revolutionary War fame; and the archaeological remains of what may have been Makemie’s 17th-century house and other colonial-period features. Born in Ireland in 1658, Francis Makemie came to America after his education and was preaching on the Eastern Shore of Virginia by 1685. His 1707 jailing for preaching “pernicious doctrine” and his subsequent acquittal had early and important effects on the struggle for religious freedom. Makemie’s influence on Presbyterianism was profound, as he founded numerous churches up and down the East Coast and wrote a highly praised and popular catechism that unfortunately no longer survives. The park was first dedicated in 1908 at an event with over 2,500 attendees from as far away as Philadelphia.