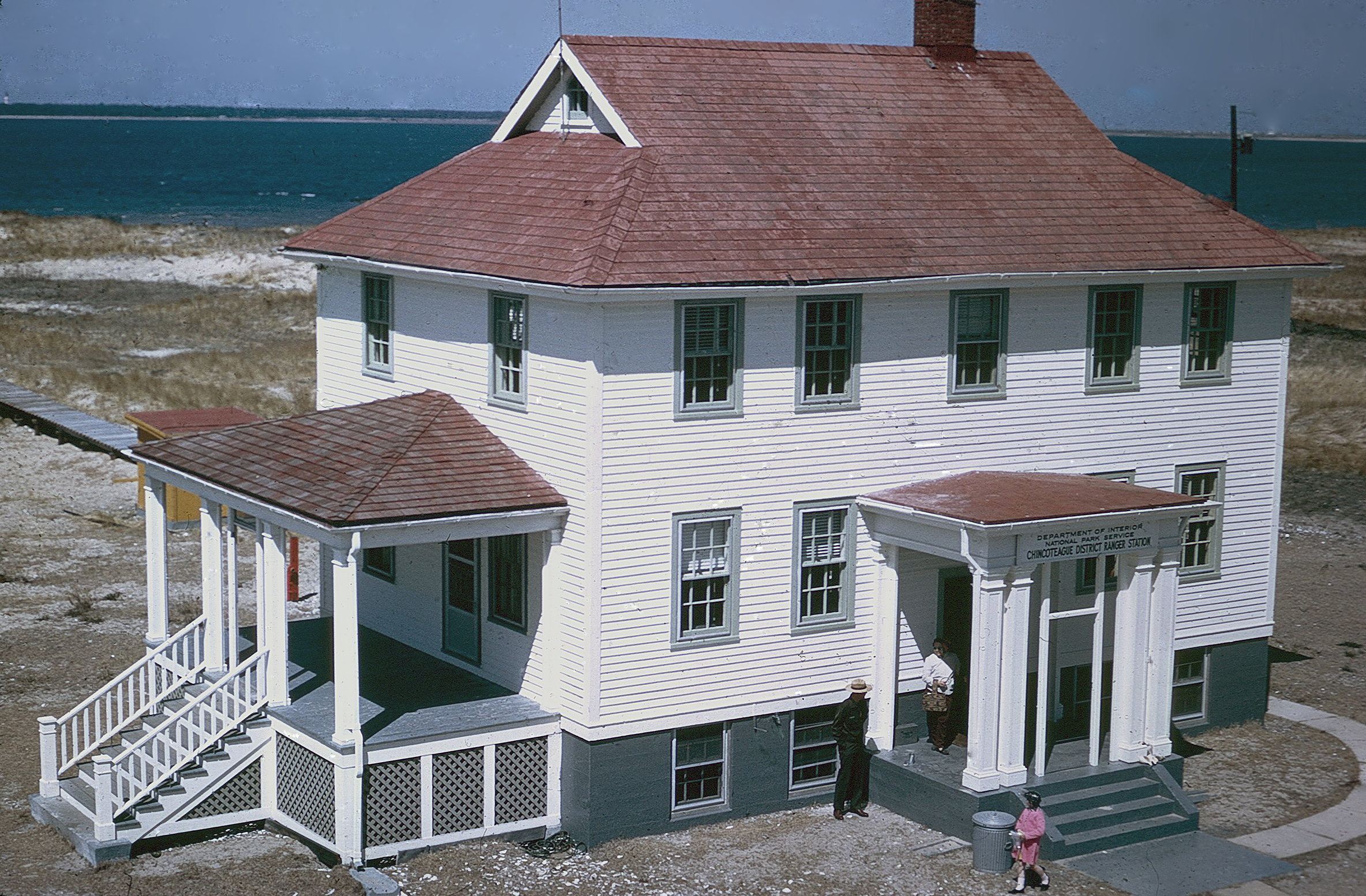 Welcome facilities for both seamen and holiday makers, U.S. Coast Guard stations operated as lifesaving posts. The standard station incorporated living quarters for the lifesaving crews, a lookout tower, a boathouse—usually capable of handling two or more boats—and launchways for the speedy dispatch of crews to those in distress. Established in 1922, the Assateague Beach Coast Guard Station was one of a chain of such facilities along the Atlantic coast, most of which were replaced after World War II by more efficient rescue systems. The station was decommissioned in 1967 and has since been transferred by the Coast Guard to the National Park Service. This interesting relic of nautical history is now part of the Assateague Island National Seashore.

The U.S. Congress established Assateague Beach as a life-saving station in 1874 under the Life-Saving Stations Act. The 11.8-acre lifesaving station complex is sited on Fisherman’s Point at the southern end of Assateague Island, in Accomack County, on a coastal island that straddles the Virginia-Maryland border. The current station was developed in 1922 by the U.S Coast Guard during the organization’s formative years and then expanded during the 1930s as part of a major effort to modernize shore stations in the early twentieth century.  Duties undertaken out of this station including intercepting “rum-running” alcohol smugglers during Prohibition, and surveillance for enemy ships, submarines, and saboteurs during World War II, while also performing life- and property-saving duties. In 1967 the Coast Guard transferred the Assateague Beach Coast Guard Station to the National Park Service, creating an NPS enclave within its holdings at the south end of Assateague Island. The station was then used to house NPS visitors and for occasional interpretive and educational activities. Since 2002, the NPS has not used the station regularly due to outstanding maintenance and repair needs and recurring problems accessing the location by land imposed by protections for the piping plover during its breeding season.

Assateague Beach Coast Guard Station was initially listed in the Virginia Landmarks Register in 1973.  It was determined eligible for listing in the National Register of Historic Places by the NRHP Keeper in 1980.  The station complex was listed in the National Register in 2015 under the U.S. Government Lifesaving Stations, Houses of Refuge, and pre-1950 U.S. Coast Guard Stations Multiple Property Documentation Form (MPD).