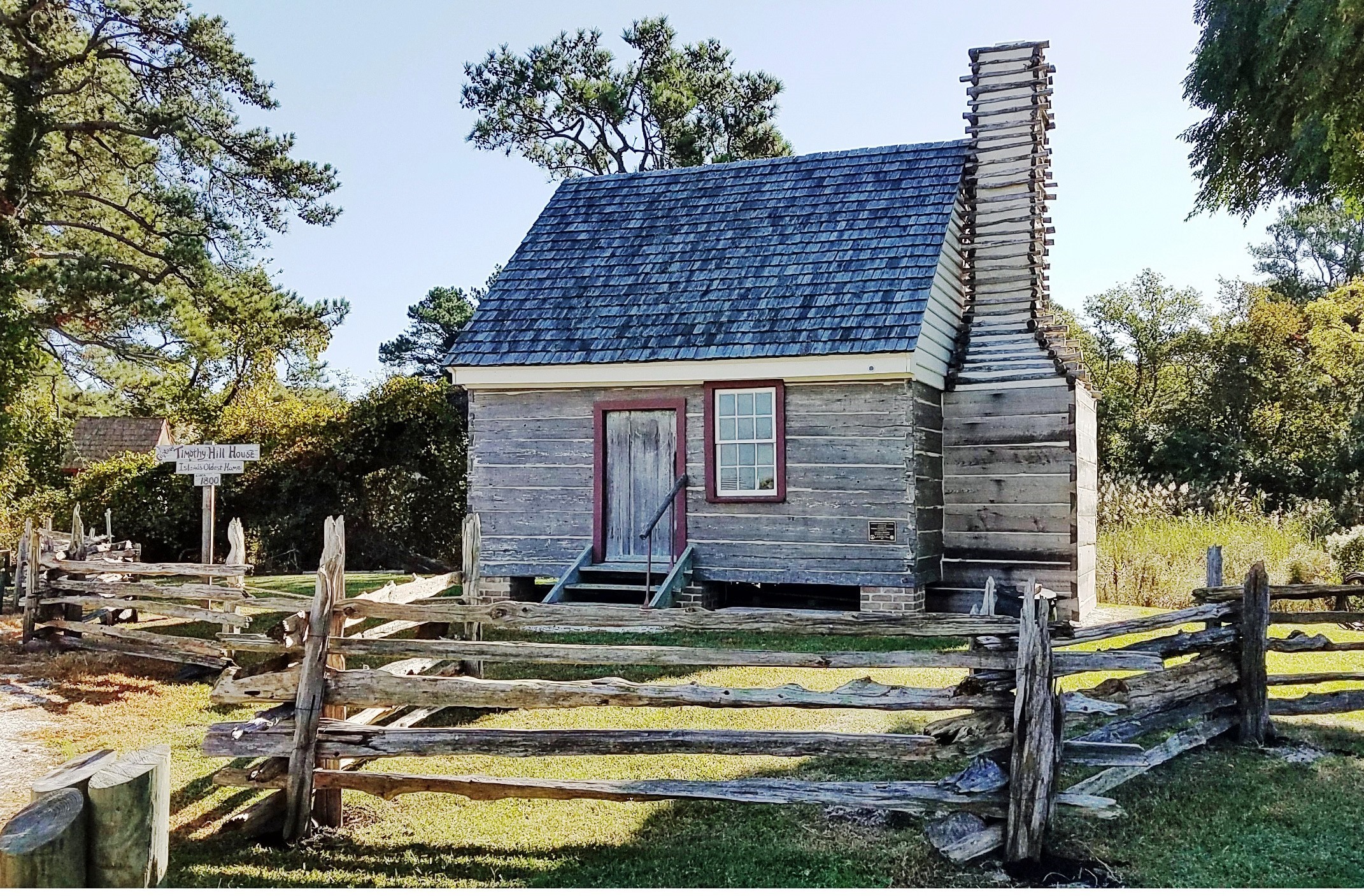 The Captain Timothy Hill House, in Accomack County, was built around 1800 on Chincoteague Island. The modest dwelling is a rare example today of log-plank construction and retains its original pit-sawn and hewn pine planks with full dovetail joints. Carved into the exterior of the house in simple outlines are the depictions of more than thirty 19th-century sailing vessels, including schooners and sloops, accurately rendered in detail and proportion. In addition to possibly being the oldest remaining dwelling on Chincoteague, the Hill House is one of the few houses standing in Virginia that at one time had a wooden chimney. Oral history has it that Captain Hill, who died in 1859, made Chincoteague his home after he shipwrecked on nearby Assateague Island. An Accomack County deed records his purchase of thirty acres for $133 on Chincoteague Island on April 22, 1822.