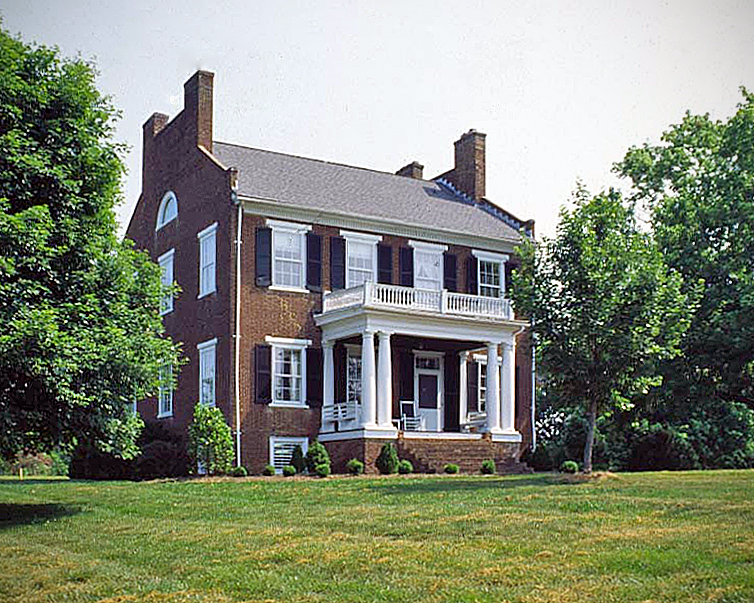 Built around 1825 by James Michie, Bel Aire is a brick Federal-style house on a raised basement, with small additions dating from circa 1860 and 1980. The house is slightly smaller than many of Albemarle County’s fine country houses, but it displays a unique regional variation of the Federal style, featuring German influences in its façade and a floor plan combining two common styles, a hall-parlor plan in the front and a central-passage plan in the rear. The Michie family, whose original immigrant, “Scotch” John Michie, was deported to Virginia from Scotland for political insurrection in 1716, became important socially and politically in the county during the 18th century. James Michie, John’s grandson, continued the family tradition, serving as county magistrate for 27 years and amassing nearly 1,300 acres, on which he farmed tobacco and other crops, and raised livestock. Michie remained at Bel Aire until his death in 1850, though his children retained the property until 1900, when it was sold to the Dickerson family. The 15-plus acre property, located on the North Fork of the Rivanna River north of Charlottesville, also contains a family cemetery, and several agricultural buildings.