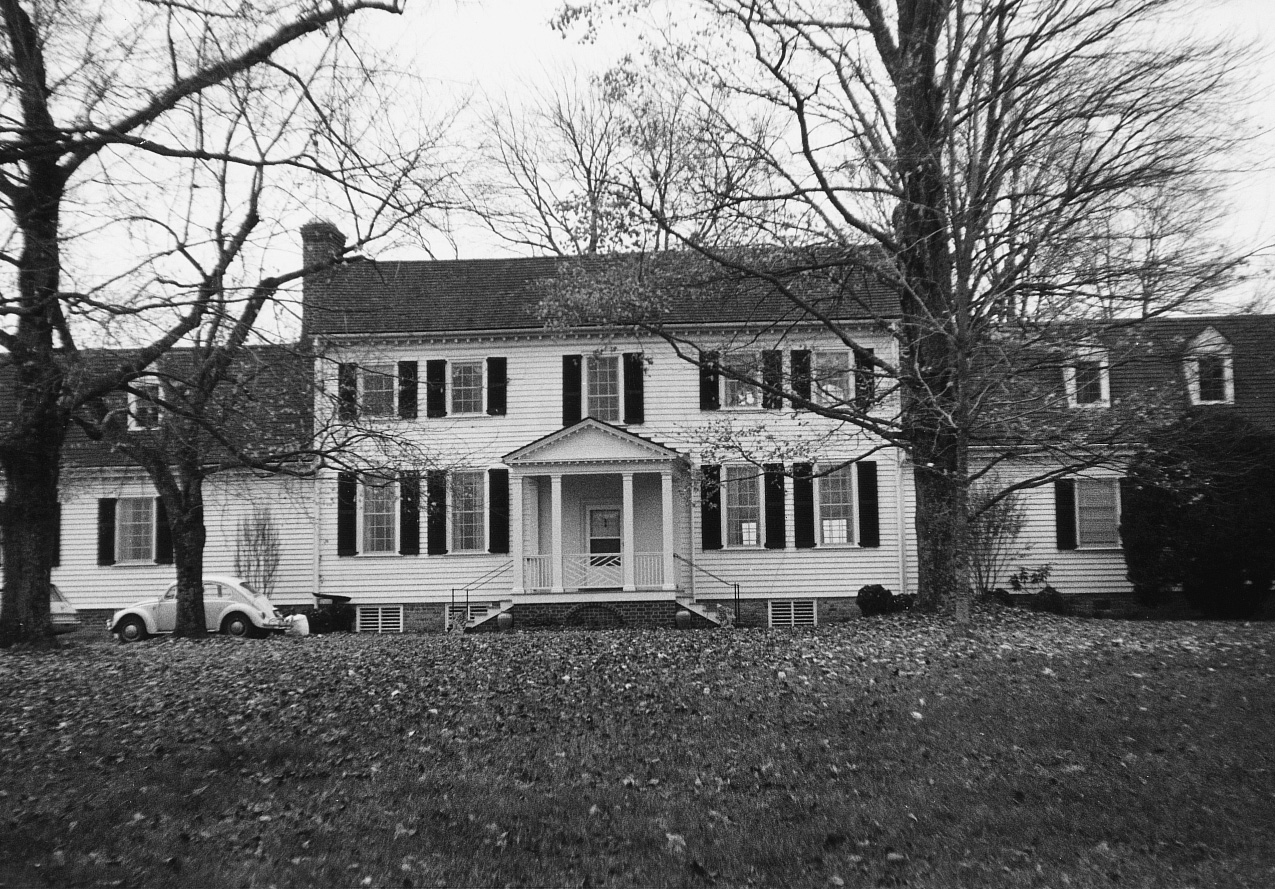 A classic expression of the restrained Georgian style favored by many of Virginia’s gentry, Bellair was built sometime between 1794 and 1817 for the Rev. Charles Wingfield, Jr., a landowner and public official who also was a Presbyterian pastor. Wingfield sold Bellair in 1822 to Martin Dawson, a businessman and merchant who promoted the development of the Rivanna Navigation Company. Dawson willed much of his estate to the University of Virginia and the State Literary Fund. The Rev. Walker Timberlake, a Methodist minister who also was involved in various business endeavors, purchased the southern Albemarle County farm in 1843. In the 1930s, the house was renovated and expanded by architect Marshall Wells, a designer of Georgian Revival residences in the Charlottesville area. Sensitive to the historic importance of the house, Wells retained much of the original interior trim. Architect Floyd Johnson made further additions in the 1960s.