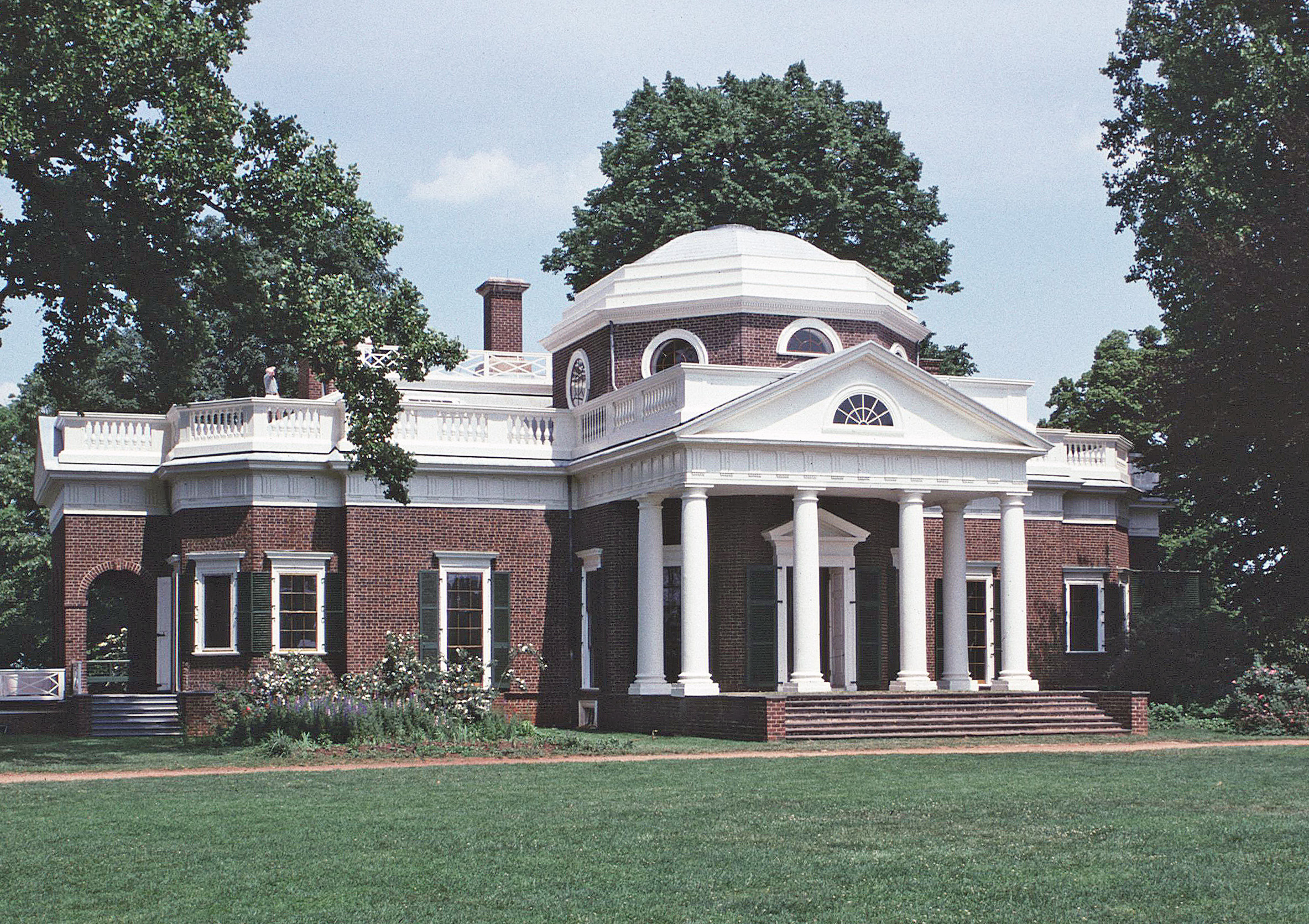 Reflecting the genius and versatility of its creator, Thomas Jefferson’s Monticello is a monument to a scrupulous interest in architecture, landscaping, agriculture, and domestic comforts. The remarkable house, one of America’s most famous, is filled with ingenious devices and mementos of this revered founding father. Jefferson began his dwelling on the “Little Mountain” after leveling the top in 1768. He worked on it for over forty years, altering and enlarging it as his taste developed, calling it “my essay in architecture.” Before 1795 the house had a Palladian-influenced tripartite form with two-level porticoes. When an extensive revision was finished in 1809, it had become a twenty-one-room amalgam of Roman, Palladian, and French architectural ideals, a unique statement by one of history’s great individuals. The Thomas Jefferson Memorial Foundation has maintained Monticello as a place of pilgrimage for millions since 1923.  It is located just outside of the city of Charlottesville, in the Southern Albemarle Rural Historic District.

Archaeological investigations that began in the 1970’s revealed the roles of blacks in the operation of this major Virginia plantation complex, with more than a score of houses, light industrial buildings and yards associated with Monticello’s enslaved African American population, which at its peak numbered more than fifty servants and laborers.  No other excavations in the Commonwealth have provided such a wealth of information on slave life on a Virginia plantation as the work on what was known as Mulberry Row.