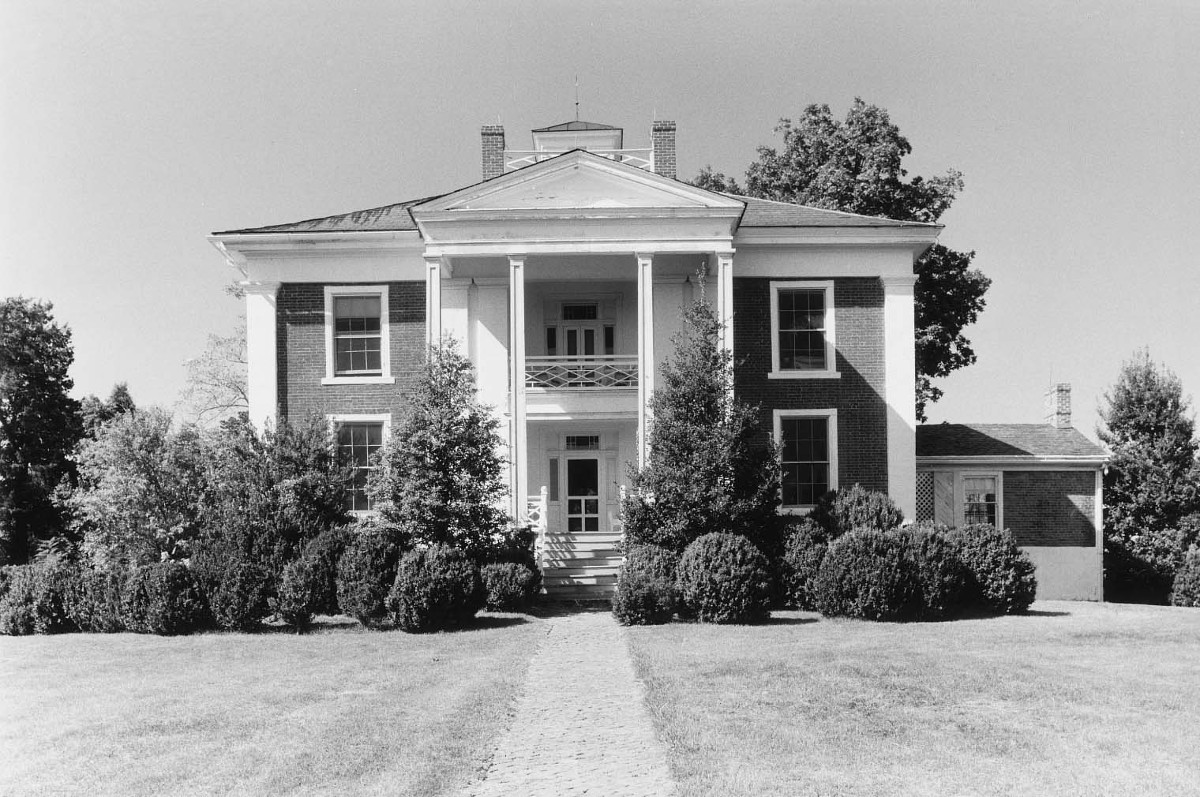 With its hillside site in the Southern Albemarle Rural Historic District above the village of Howardsville, overlooking the James River valley, Monticola preserves a romantic image of antebellum gentility. The grand Greek Revival mansion, its glowing white portico, cornices, and corner pilasters set off by red brick walls, was built in 1853 for Daniel James Hartsook, an entrepreneurial merchant, banker, and planter, who made a fortune in Howardsville when the community prospered from its situation along the James River and Kanawha Canal. Union troops raided Howardsville in 1865 and destroyed many of Hartsook’s businesses. Monticola was also raided but not damaged. Hartsook subsequently moved to Richmond where he rebuilt his fortune. In 1887 the estate was purchased by Richmond tobacconist and diplomat, Emil Otto Nolting, who modified the portico and added the north semi-circular porch. The interior, which has generally plain Greek Revival woodwork in its high-ceiling rooms, has been little changed.