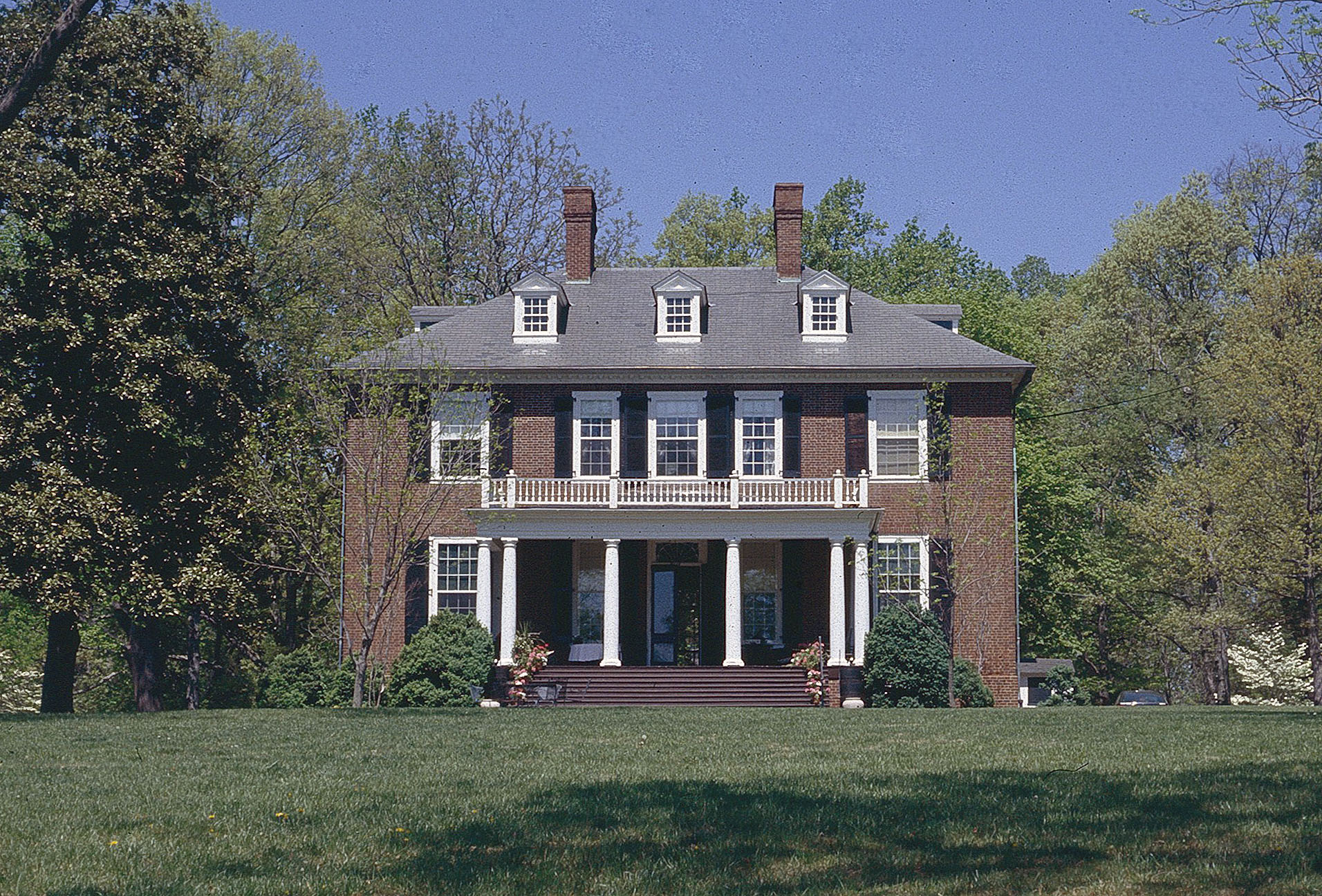 The original Redlands estate of 9,350 acres was granted in 1730 to John Carter, son of Robert (“King”) Carter. The late Georgian mansion was begun ca. 1792 for Robert Carter on a site chosen for its views. The house was erected by builder Martin Thacker and stands as one of the Commonwealth’s great landmarks of the Federal period. It is located in the Southern Albemarle Rural Historic District. Redlands stately but restrained exterior contrasts with a rich interior. The lofty oval-ended drawing room and adjacent rooms are embellished with carved detailing based on designs from several pattern books by the English architect William Pain. The trim is similar to work in several important Piedmont houses and probably was executed by Lynchburg artisans. In the early 20th century the Carter family engaged Baltimore architect Howard Sill to make improvements which included adding the dormers, front porch, and Pain-style mantels on the second floor.