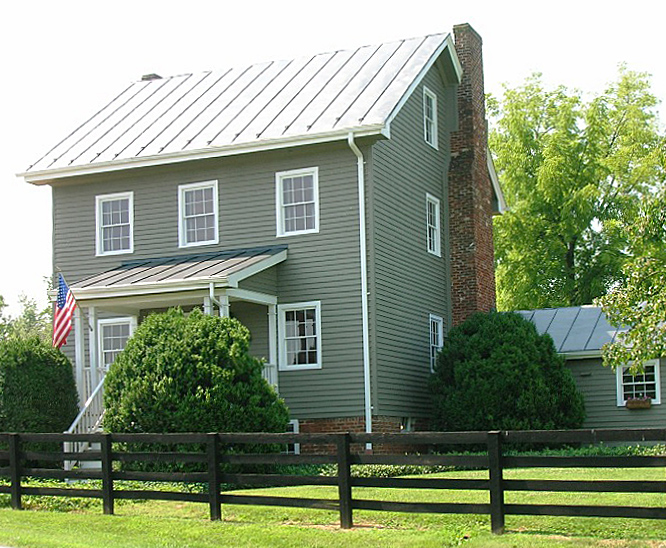 Albemarle County’s Boyd Tavern served travelers along Three Chopt Road from circa 1825 to 1937. The current building likely was constructed between 1825 and 1840 on the site of an earlier tavern that was built around 1750 for Thomas Jefferson’s brother-in-law, Col. Charles L. Lewis. Among notable patrons who visited the earlier tavern, known as Watson’s Ordinary, were Jefferson, the Marquis de Lafayette, and Daniel Boone. In 1802 Thomas and Mary Boyd rented the tavern, then purchased it in 1812, operating it for nearly 50 years and establishing a store and post office. In the mid-1800s, the property was sold to the Shepherd family, who renamed it Shepherd’s Inn and maintained its popularity as a rest-stop, and general store. After 1937 the building was converted to a private residence.