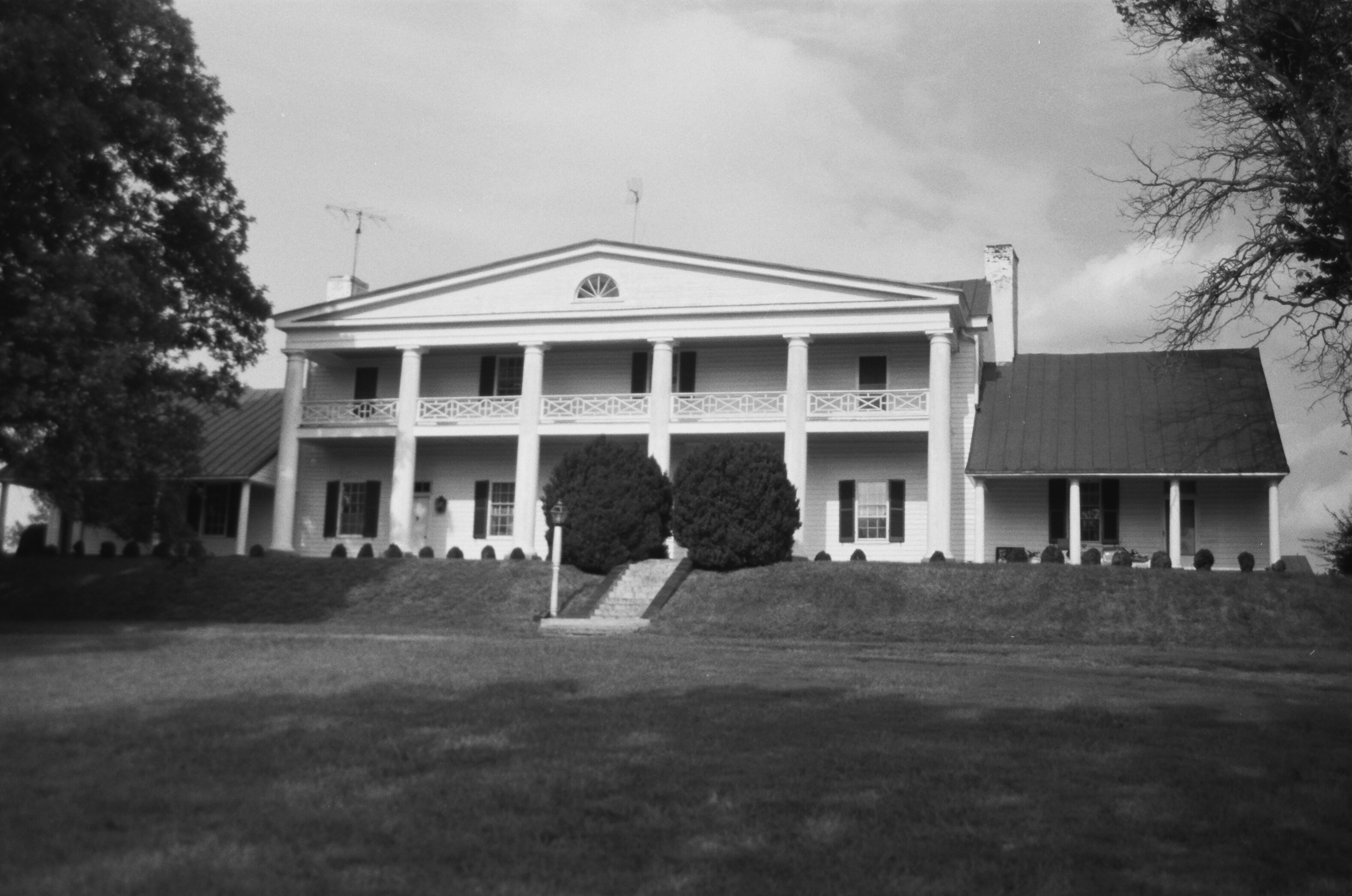 Limestone sits to the east of Shadwell, on rolling hills above the north bank of the Rivanna River along Limestone Creek. The property includes the circa-1794 Colonial-style Robert Sharp House and circa-1800 Limestone House. Despite being in Albemarle County, the Sharp House displays many architectural elements typical of Tidewater Virginia, serving as a reminder that individuals migrating from eastern Virginia helped settle Albemarle. Limestone House is a fine example of architectural evolution, displaying Classical and Colonial Revival additions to its original Tidewater style. Outbuildings and sites include a limestone kiln constructed in the 1760s by Robert Sharp, Sr., a mid-19th-century cemetery, an early-20th-century corncrib, and a mid-20th-century barn and shed. Part of Three Notched or Three Chopt Road, the main thoroughfare between Richmond and Staunton from the 1740s to the early 1900s, runs through Limestone Farm to the west. Sharp’s neighbor Thomas Jefferson bought the limestone kiln in 1771, which he used to make mortar for Monticello. James Monroe bought the entire property for his brother Andrew from Robert Sharp’s heirs in 1816.