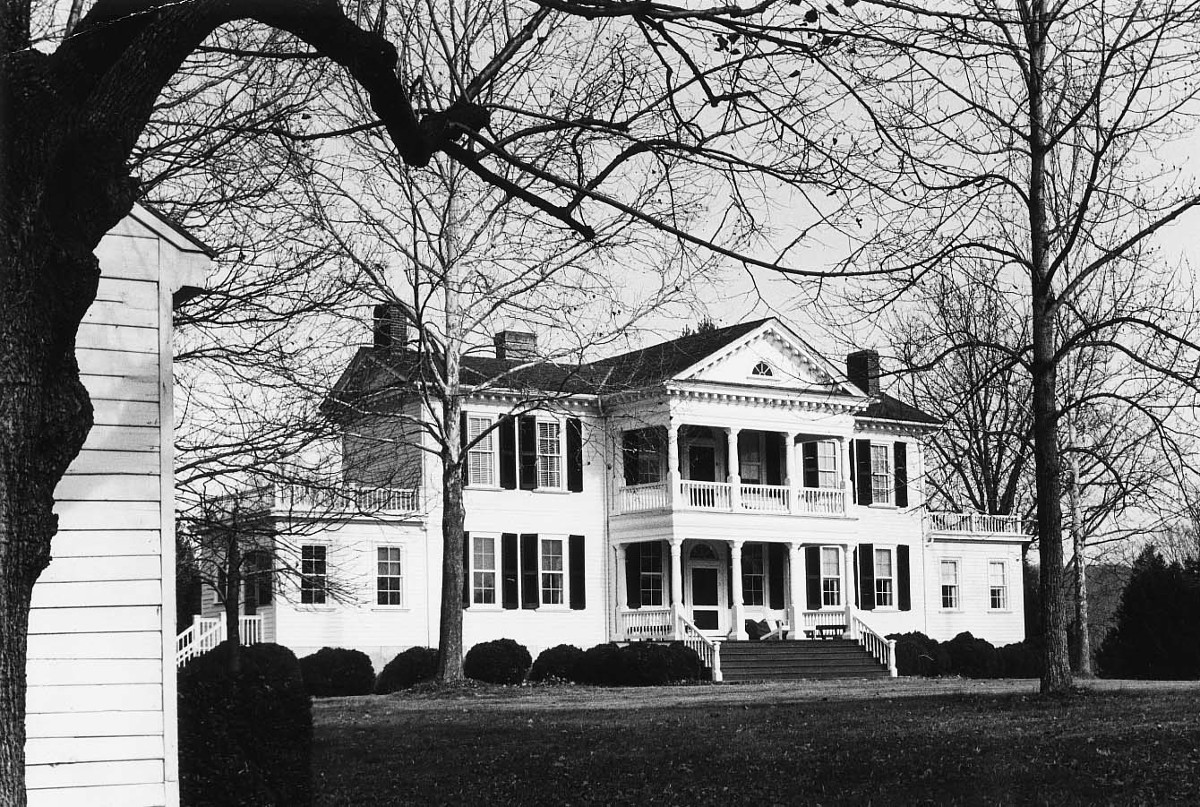 Nestled in the hilly countryside of southern Albemarle County, Sunny Bank’s residence was begun ca. 1797 as an imposing if somewhat provincial version of the Palladian tripartite scheme introduced to the region with the first version of Monticello. Its original outline was obscured in the early 19th century when the wings were raised to two stories. The original two-level portico emphasizes the provincial character by having supports that appear more as turned posts than academically proportioned columns. Most of the original interior woodwork remains including a narrow winding stair with turned balusters. On the property are several original outbuildings and an early geometric garden with boxwood bordered beds. The first occupant of Sunny Bank was Andrew Hart, son of a Scottish clergyman, who became an Albemarle County planter and merchant. Many generations of Harts have lived here since.