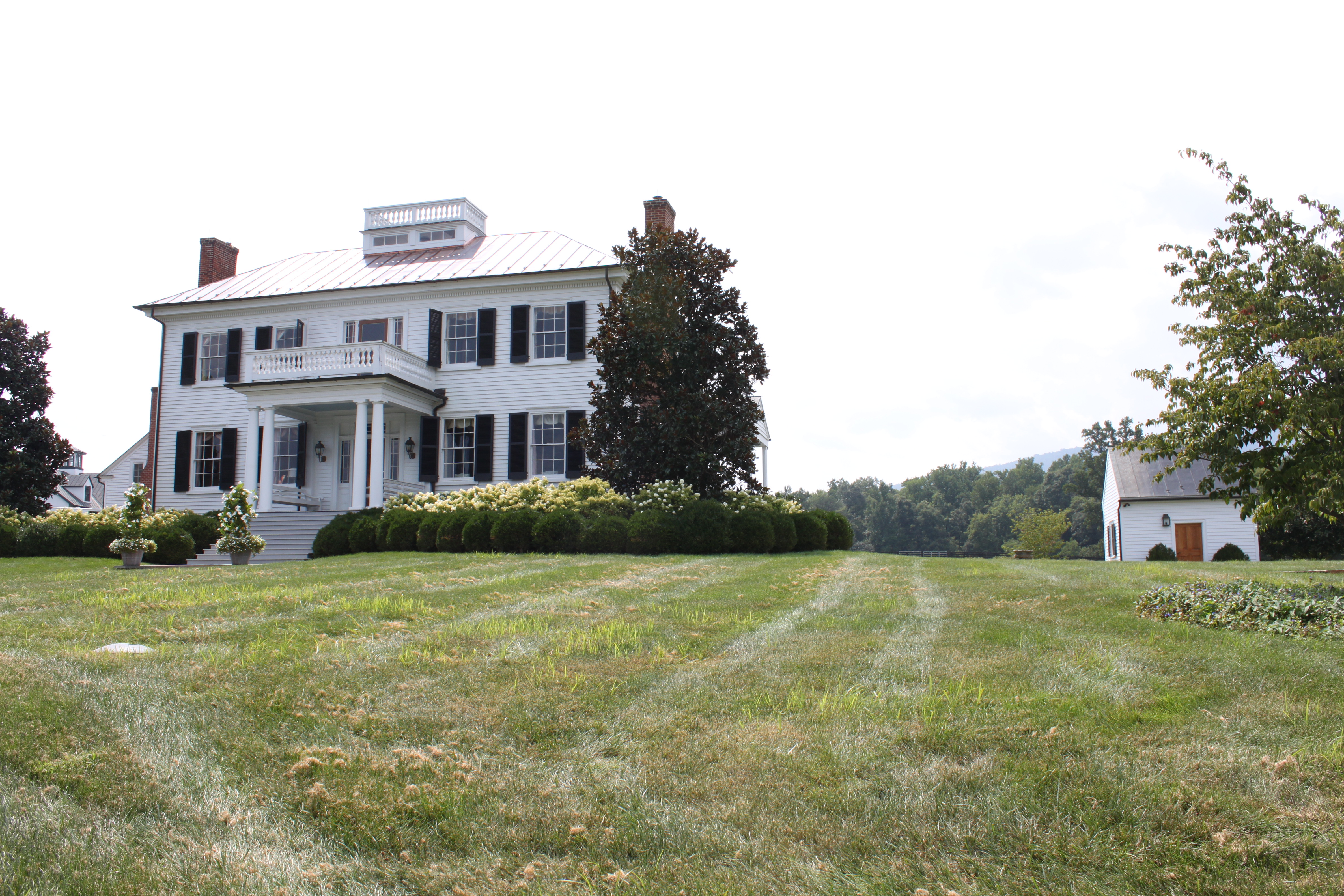 Situated to command broad vistas of the panoramic landscape of Browns Cove, Mount Fair’s dwelling is a handsome specimen of builder’s Greek Revival adapted for a Virginia gentry residence. The little-altered Greek Revival house was built ca. 1848 employing trim and details based on illustrations in Asher Benjamin’s Practical House Carpenter (1830). A distinguishing feature is the balustraded lantern giving daylight to the attic stairwell. The house originally served an 800-acre estate belonging to William T. Brown who built the present house on the site of his father’s house which burned in 1846. Brown owned some thirty slaves and raised a variety of livestock and crops at Mount Fair. In 1930 Mount Fair became the home of Edmund S. Campbell, first dean of the University of Virginia’s School of Architecture.