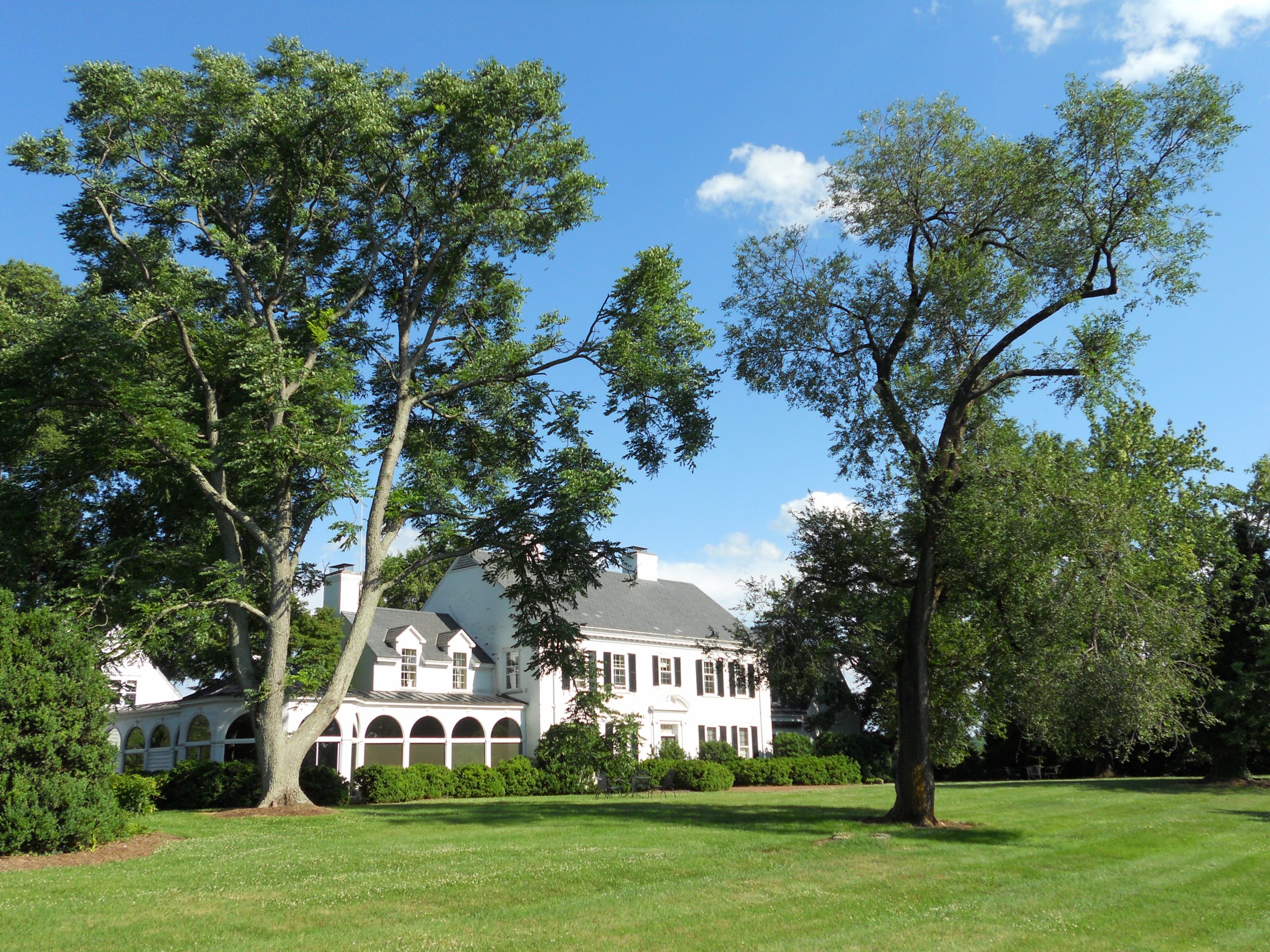 Master architect Benjamin Charles Baker was the force behind Pantops Farm, an excellent example of Colonial Revival domestic architecture built in 1938. The main building is an asymmetrical, but balanced plan, centered on a symmetrical five-bay, two-story main block, flanked by balanced asymmetrical lateral wings, and terminated lateral wings of a very different composition. The entire configuration, except for the arcade, is built of brick and roofed with slate. The Guest House, which features an attached ornamental brick silo, was designed and built by Baker at the same time as the main house. Like the main house, the Guest House was intended to appear as an evolved complex, but in fact it was planned and built in a single campaign. The Guest House and an incinerator structure are the only surviving outbuildings at Pantops. Currently, the guesthouse spaces are used as lodging for visiting scholars to the museum that is housed today in the main building.