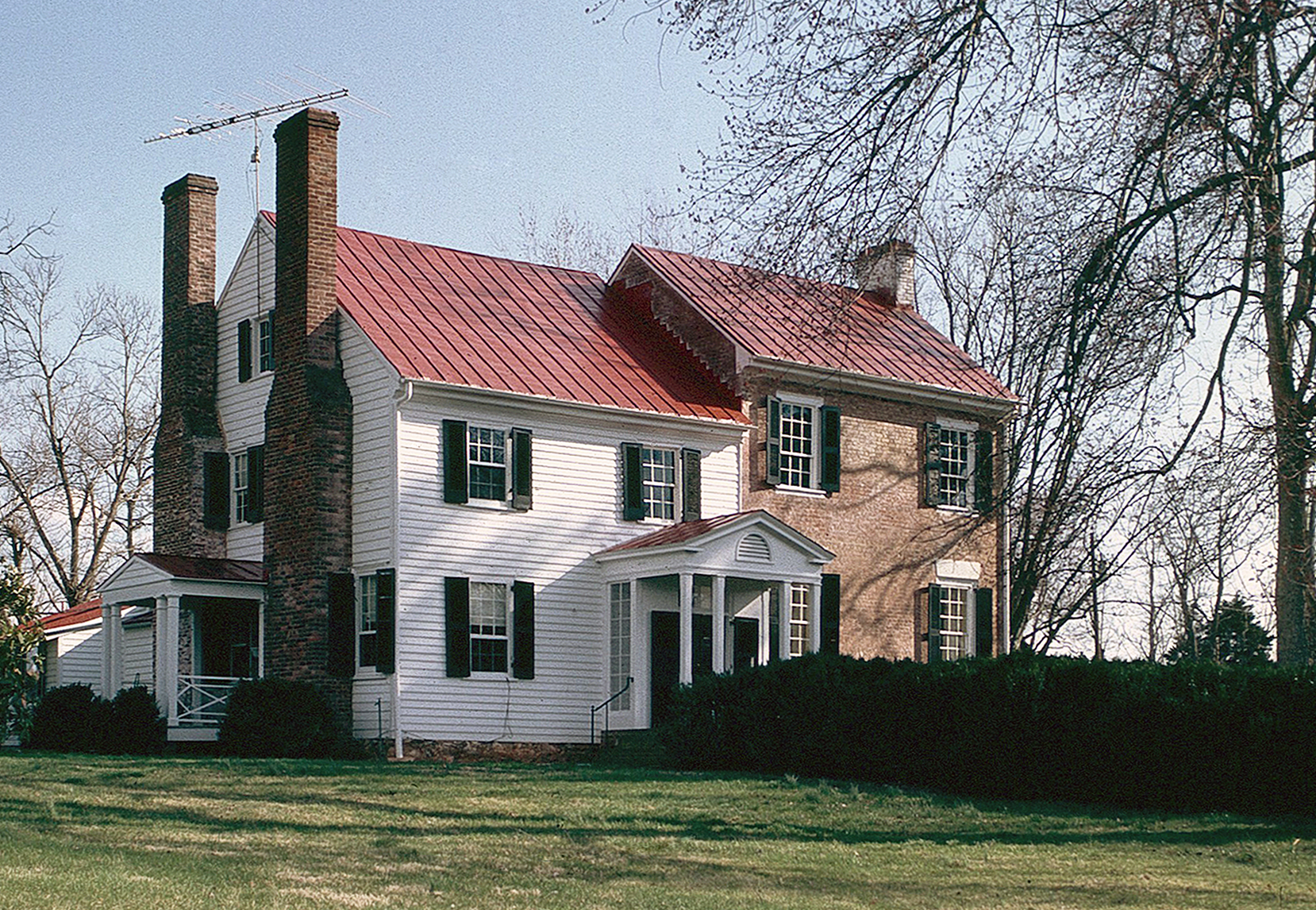 Illustrating a distinct regional personality, this Federal-period farm complex is a blending of various Albemarle County vernacular building traditions. The brick portion was built in the late-18th-century. The house evolved to its present irregular form through alterations and expansions beginning in the early-19th-century with a two-story frame addition. The hilltop property includes a ca. 1765 original brick homestead later expanded to serve as quarters for farm workers. Also on the grounds are a dairy and a kitchen. Spring Hill’s owners have included Michael Woods (1737-1748), an early settler; Clifton Rodes, a county magistrate and brother-in-law of Jack Jouett; Thomas Wells, a trustee appointed in 1814 (with Thomas Jefferson) to oversee the founding of the Albemarle Academy; and Charles Harper, co-founder of Charlottesville’s first circulating library. Spring Hill was also the childhood home of architect Waddy B. Wood (1869-1944).