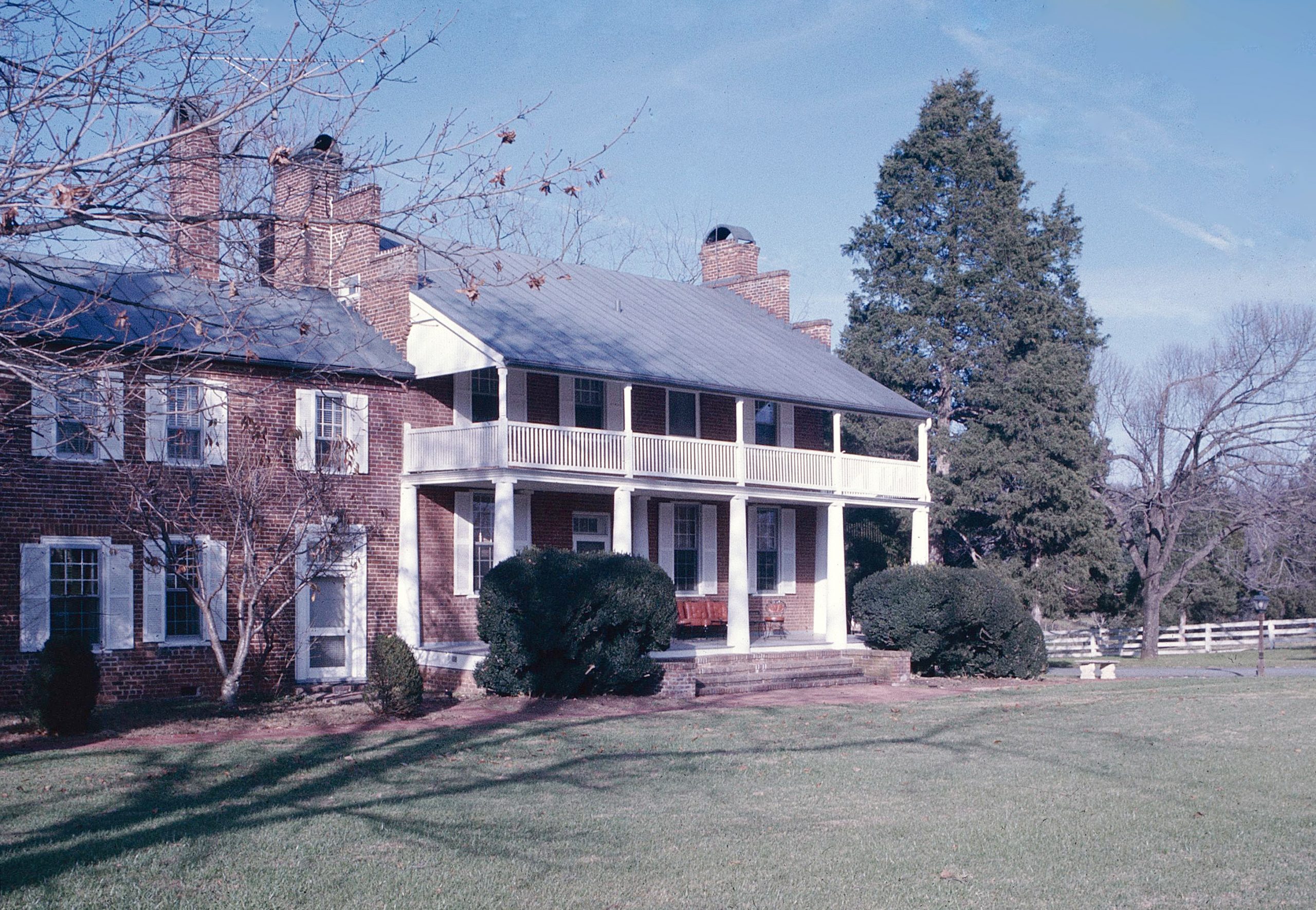 Nestled in the hills of western Albemarle County, with the Blue Ridge Mountains as a backdrop, this beautifully placed old manor house is a historic feature of the countryside for which the county is noted. The two-part dwelling’s two-level gallery, stepped parapets, and superb Flemish-bond brickwork are all distinguishing features. The façade brickwork preserves its red paint and penciled, or white-painted, joints. The interior retains most of its original woodwork. Although the property was part of a large grant to the Rodes family and was occupied by them in the colonial period, the various sections of the house appear to date from around 1800 or later. Hemp and flax, in addition to the usual crops, were grown here by the Rodeses. Midway’s formal garden was laid out in 1936 by Richmond landscape architect Charles F. Gillette; the garden was restored in 1993.