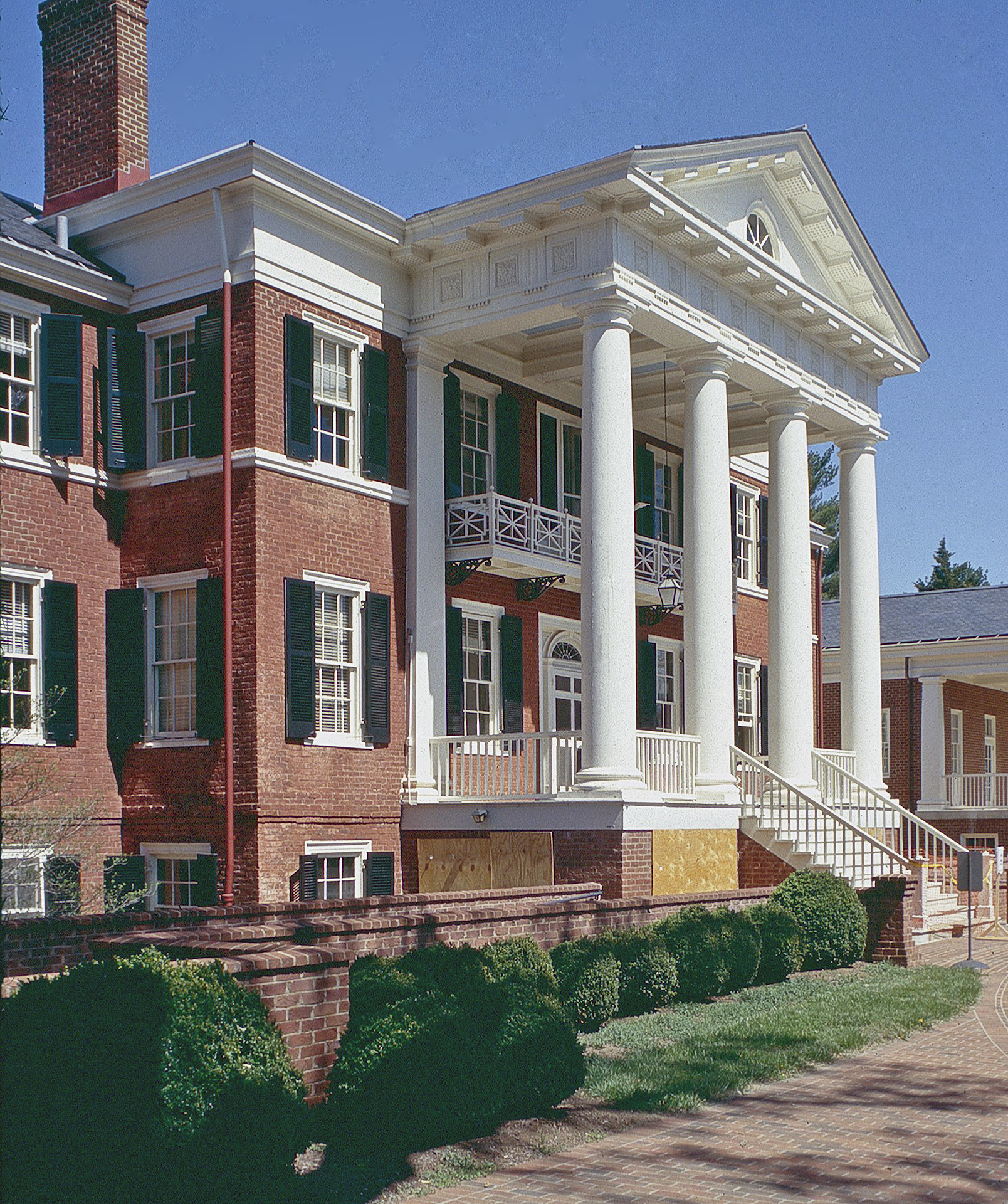 This stately country house is noteworthy as an Albemarle County antebellum work with alterations by a designer well versed in the region’s classical idiom. The Faulkner House was erected in 1855-56 and enlarged and remodeled in 1907 by Washington, D. C. architect Waddy B. Wood. The original center section was first the home of Addison Maupin, keeper of one of the four “hotels,” or dining halls at the University of Virginia in the 1850s. The most noted resident was U. S. Senator Thomas S. Martin, leader of Virginia’s powerful Democratic Party machine in the early 1900s. Purchased by the University of Virginia in 1963, the current name honors the Nobel Prize-winning novelist William H. Faulkner, who—though he never lived there—taught at the university in the 1950s. Since 1975 the house has been the headquarters of the Miller Center for Public Affairs.