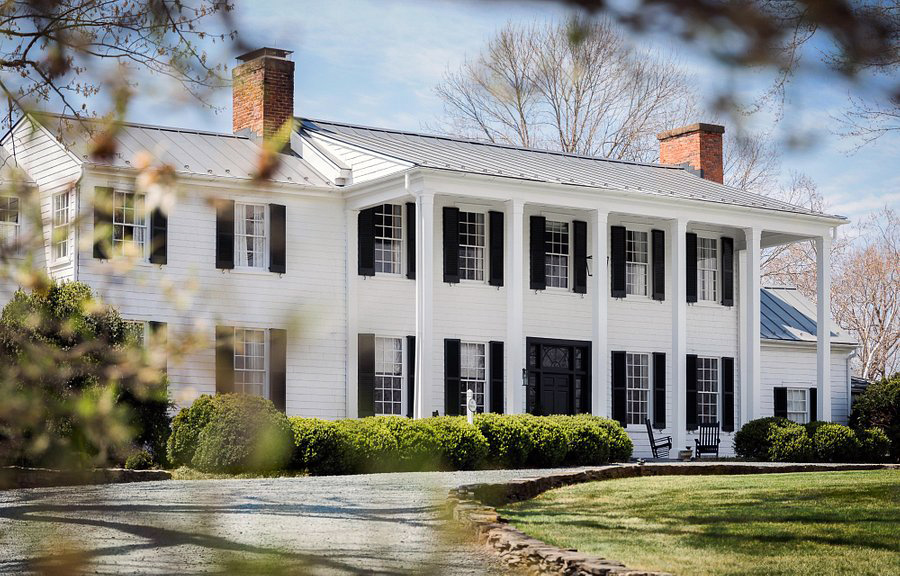 Clifton was the home of Thomas Mann Randolph (1768-1828), son-in-law of Thomas Jefferson, who served as governor of Virginia and in the U.S. Congress. The original portion of the rambling, much-evolved structure in southern Albemarle County was built by Randolph in the first quarter of the 19th century to be the hub of the never-to-be port of North Milton. Randolph and several partners planned the town adjacent to the Milton Canal to support the agricultural and commercial development occurring in the area and to compete with the then-prosperous but now extinct community of Milton across the Rivanna. Originally Randolph’s warehouse, the house later became his residence. His office is an extant outbuilding. The house was considerably expanded by later owners and now serves as a country inn. The present portico replaces a 19th-century one-story veranda.