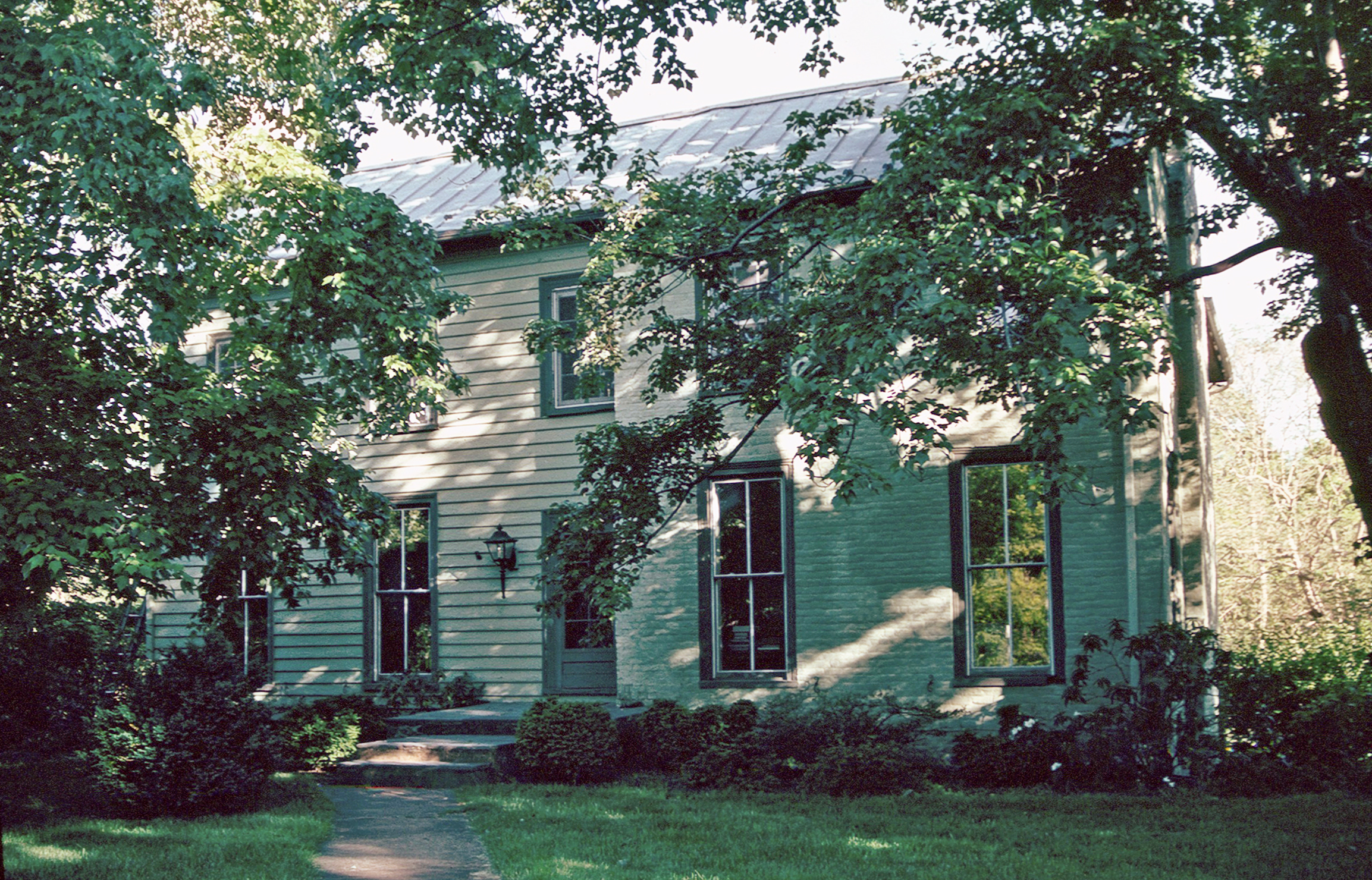 Home Tract, also known as Woodville, has stood at the center of the community of Ivy since the early 19th century. The two-story, brick-and-frame house with late Georgian and vernacular Greek Revival detail was apparently built by Benjamin Wood in several phases during the antebellum period. Next to the house stands a stuccoed frame building known as the Cottage, the earliest part of which appears to have functioned as a store that served travelers on the adjacent Three Notched Road. The village of Ivy grew up around the property during the latter part of the 19th century, and additional commercial buildings and a post office once stood in Home Tract’s front yard. In the 1920s, Dr. H. L. Baptist acquired the property and served the county citizenry from his office in the Cottage.