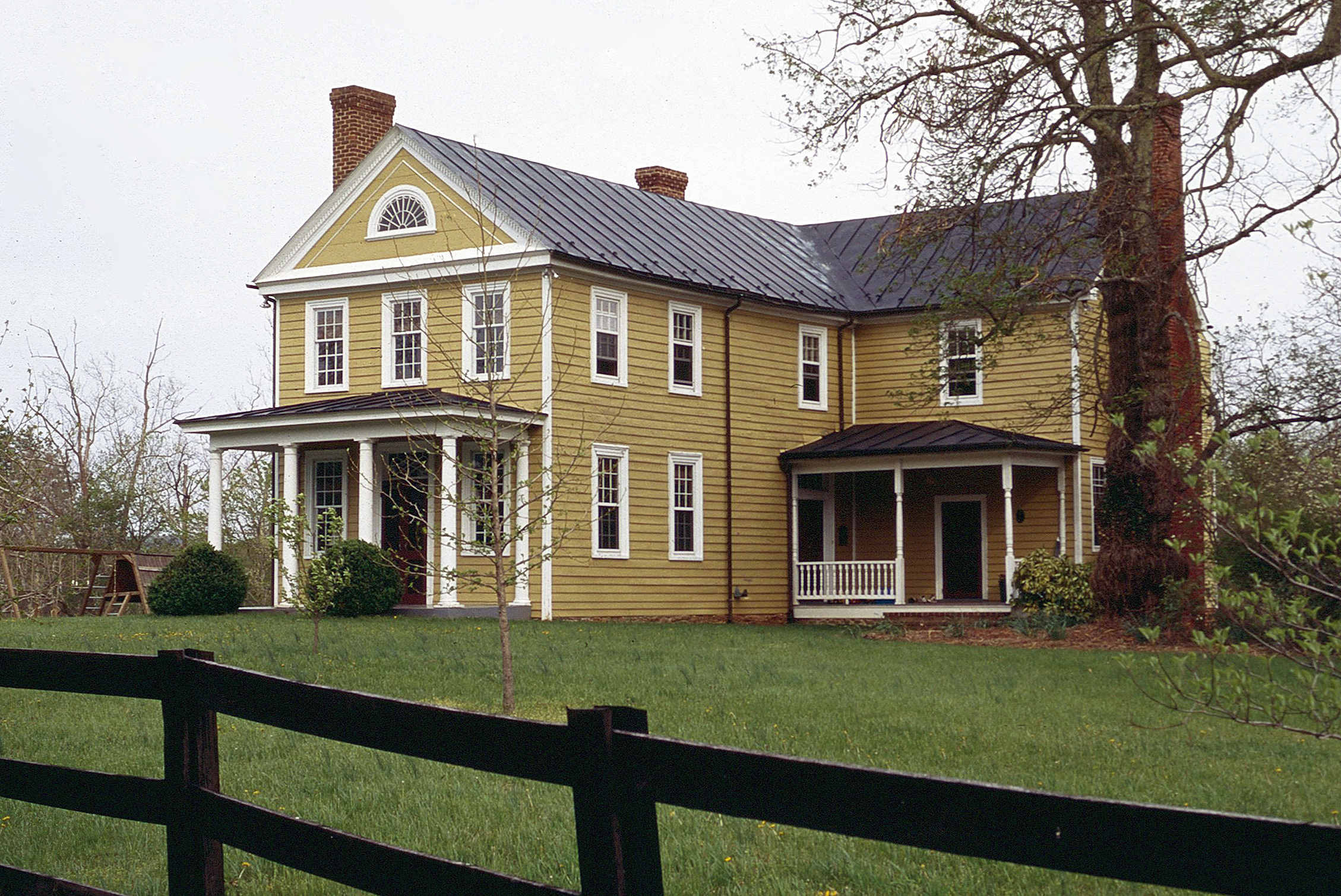 One of Albemarle County’s oldest structures, Woodstock Hall Tavern achieved its present appearance in 1808, a half century after the construction of the original two-room plan dwelling. In operation as an ordinary by 1783, the tavern is associated with the Woods family who settled in the area in the mid-18th-century. The building was acquired by Richard Woods in ca. 1771 and two generations of the family occupied it over nearly eighty years. Its operation as a tavern was recorded in the 1796 travel journal of the Duke de la Rochefoucauld Liancourt. The original 1757 section has retained a considerable amount of its original architectural fabric. As one of the county’s few 18th-century buildings preserving a high degree of architectural integrity, Woodstock Hall Tavern provides valuable information on traditional building practices. The building was renovated as a country inn 1985 and became a private residence in 1995.