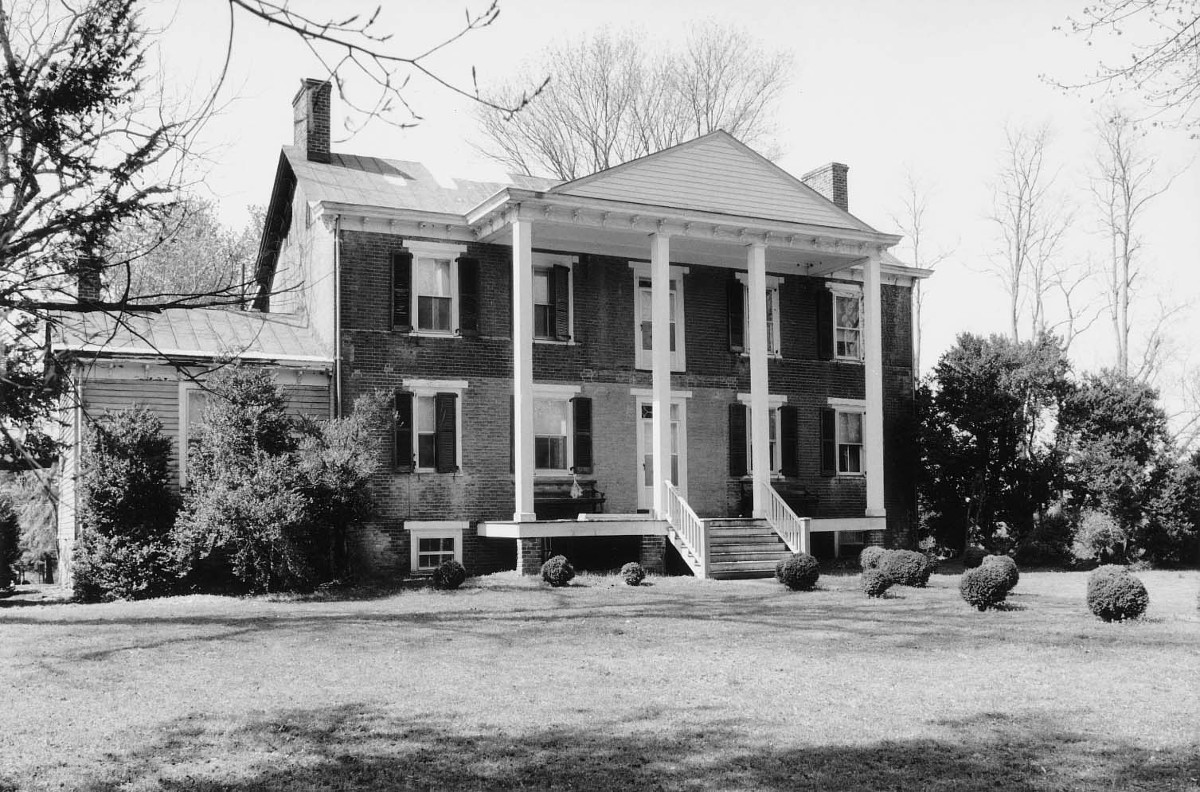 DHR Board of Historic Resources easement

The original portion of this grand old manor house was built in 1842-43 for Richard Woods Wingfield, a local planter. Patrick Martin was its carpenter and James H. Ward was the brickmason. The house was expanded in the 1890s with a large rear wing with two-level galleries. Included on the property is a rare unaltered, antebellum frame barn. Woodlands is best known for its association with John Richard Wingfield, an Albemarle County native who as a Virginia state senator played a significant role in breaking the power of the Readjuster Party in 1883. He also served as consul to Costa Rica from 1886 to 1889. The property remains the seat of the Wingfield family. Except for the addition of the mid-20th-century portico, little change has occurred to dilute Woodlands’ old-fashioned ambience.